The mountains are calling and I must go.
John Muir

For my birthday a couple of weeks ago, I decided to revisit one of the most beautiful places I have been in the East, Dolly Sods Wilderness in West Virginia. Many years ago I had read about this unique highlands area and had wanted to visit ever since. Last year I finally made it and it was worth the wait. 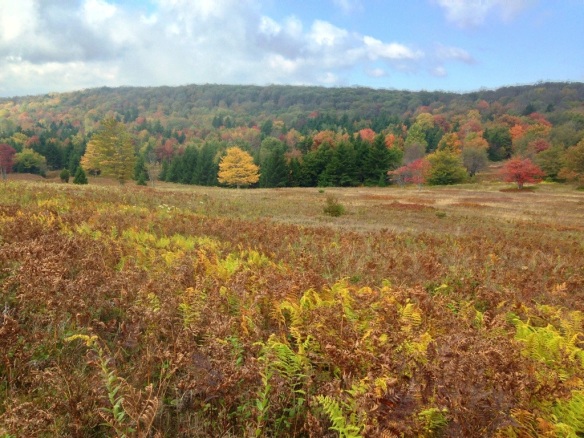 Dolly Sods is a 17,000+ acre wilderness in the Monongahela National Forest in West Virginia. It is an unusual environment in that it contains bog and heath bald habitats which are much more typical of southern Canada.

Dominant trees include Red Spruce, Sugar Maple, and Quaking Aspen. On some trails I feel like I am walking in Yellowstone, Alaska, or Canada.

There are miles of well marked and easy to hike trails. They take you through a variety of habitats as you pass from open bald into forest. To me, one of the more amazing things about this beautiful place is the abundance of ferns. Hay-scented and Bracken Ferns seem to dominate, and they occur in huge patches in the balds and the forest understory.

Fall color was at its peak when I was there, and the highlands of Dolly Sods are absolutely incredible with a variety of colors from blazing red to bright yellow both on the ground and in the trees. Last year I was there a week later and had to leave a day early because it started snowing. This area is known for harsh weather conditions, so visitors need to be aware of changing conditions and come prepared. 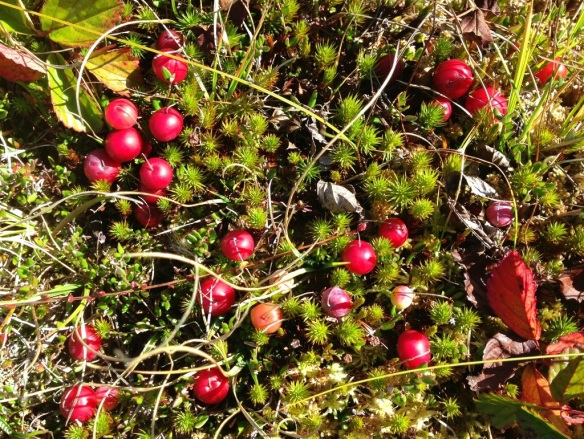 The area is rich in fruiting shrubs and groundcover including many species of blueberries, huckleberries, and cranberries. The tart cranberries made a delicious addition to breakfast oatmeal.

The area reportedly has some unusual wildlife such as Fisher and Snowshoe Hare, again, much more like northern forests than other areas of the Appalachian Mountains. I did see some evidence of Black Bears this time and heard the howls of Coyotes and hoots of Barred Owls late at night. 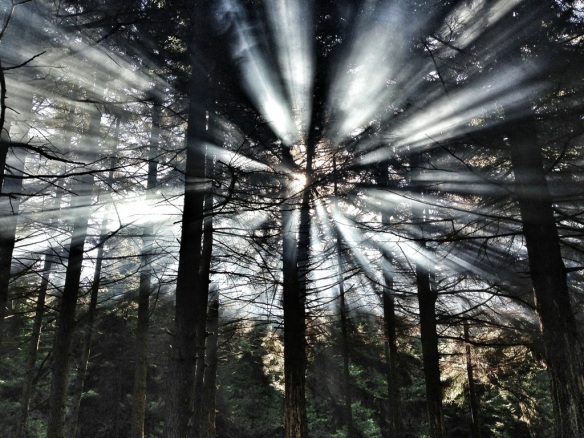 Throughout the trail system there are a number of well established campsites. The area is pretty heavily used so I recommend camping in these locations so as not to create more disturbance to this unique environment. Since I was backpacking I did not carry my usual assortment of camera gear but relied on my phones’ camera instead. I leave you with a few images of this beautiful area that I will surely visit again.