I think the most important quality in a birdwatcher is a willingness to stand quietly and see what comes.

This past week must have been the peak of spring migration in our woods. Every time I looked out, I saw something of interest, either just passing through among the branches, or stopping by the feeders. 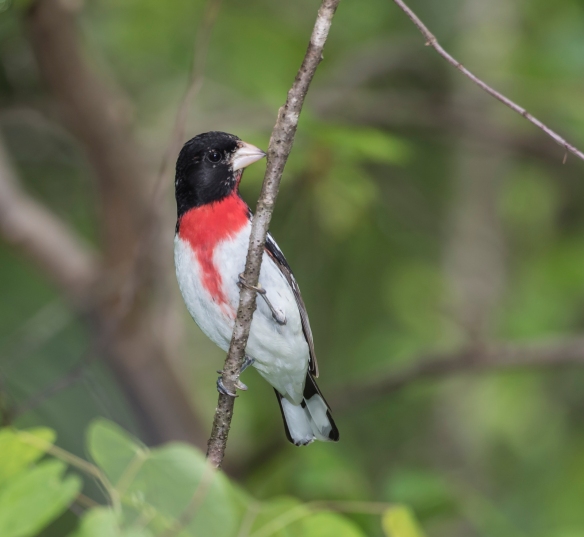 One of my favorite migrants is the rose-breasted grosbeak. They have been here for a couple of weeks now but seem to have reached their peak this past week. I have counted as many as eight at one time near the feeders. The males are one of our more boldly marked birds, with striking black and white and a colorful rose-colored breast and underwings. 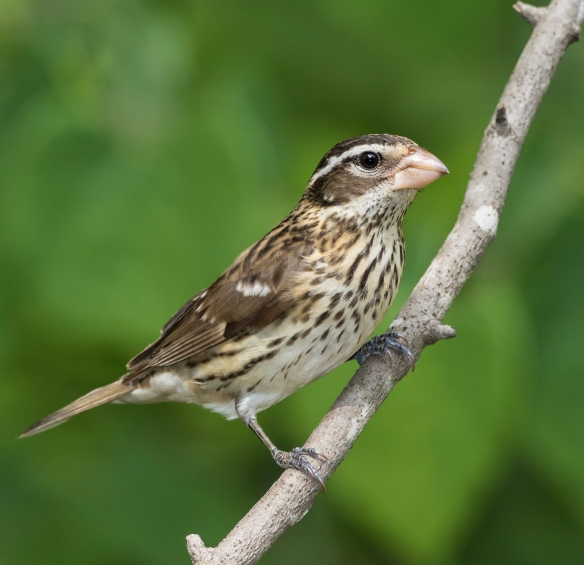 Females arrived about a week after the males and don’t seem quite as abundant. They are drab in comparison, but are still a striking bird, especially with that bold head stripe and huge beak. 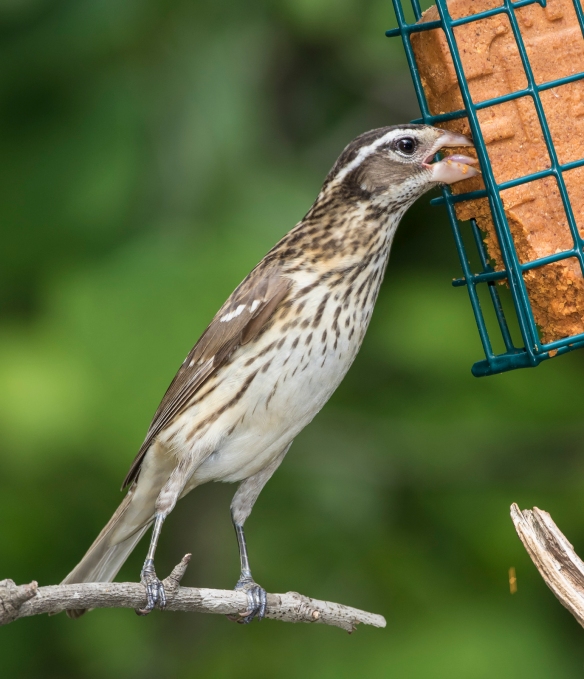 Female rose-breasted grosbeak helps herself to some suet

And they have been putting that beak to good use at both the sunflower feeders and the suet. It seems the suet has been getting more than its share of visitors this spring and on a few recent days, the birds have gone through more than one entire suet cake in a day (there are two suet feeders out).  I decided to set the camera up with the tripod, 500mm lens, and a flash, to see what I could record. The light is best late in the day when there is a shadow cast on the feeders, but still plenty of ambient light on the trees behind the deck. The flash highlights the birds without appearing too harsh, as is the case earlier in the day. In three afternoons, I had some pretty good luck, plus some bonus species that didn’t visit the suet, but were feeding in nearby trees. 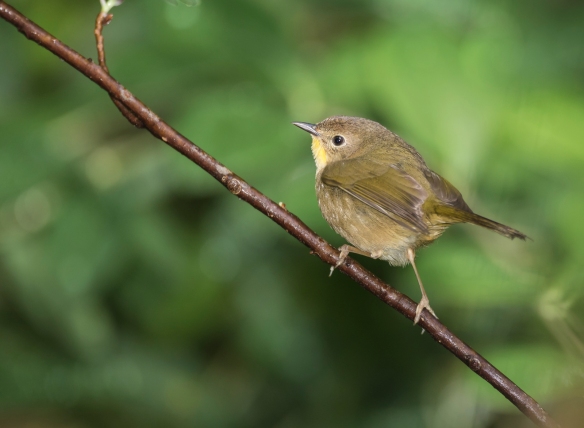 Among the passers-by were a few warblers, including a female common yellowthroat, a worm-eating warbler, some northern parulas, and several black-and-whites. Some beautiful non-warblers also made the scene – American goldfinches, northern cardinals, blue-gray gnatcatchers, and summer and scarlet tanagers, along with a few others I’ll mention later. 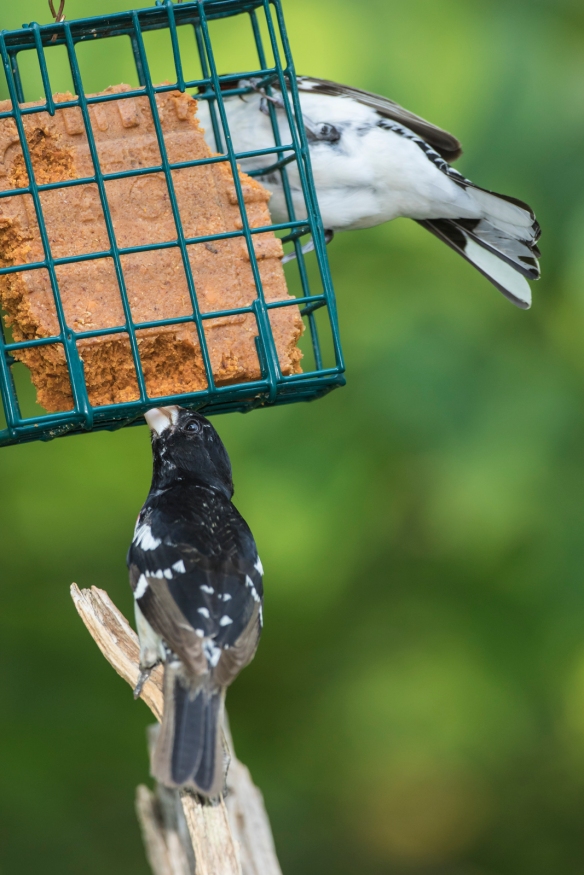 A pair of male rose-breasted grosbeaks at the suet

But most of the action has been at the suet feeders. So, close to one of the feeders on the deck, I attached a branch to the rail with a clamp, and set up the camera in the bedroom with an open door (yup, real wilderness photography), and waited. Here are a few of the highlights… 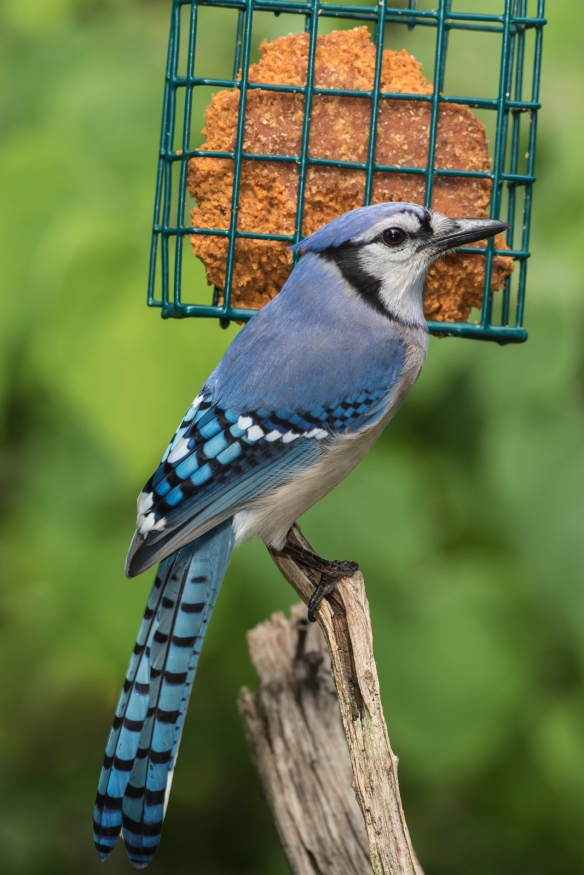 A pair of blue jays have been making the rounds 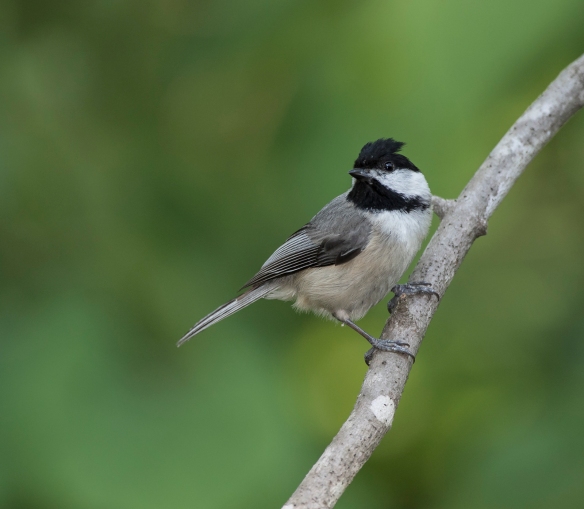 A Carolina chickadee having a bad hair day 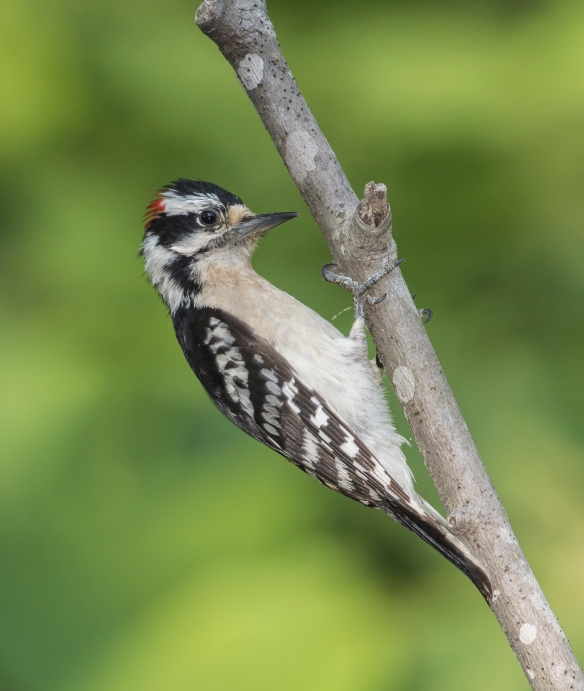 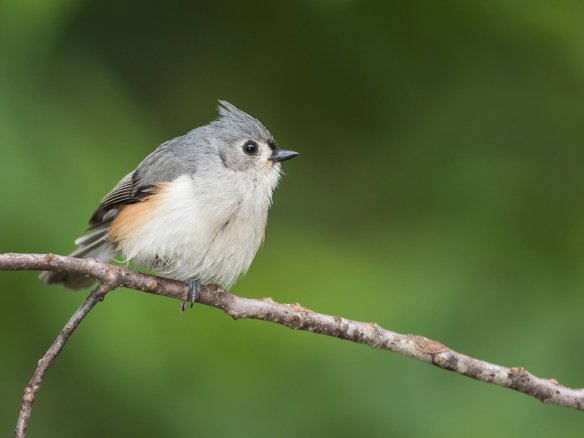 Tufted titmouse thinking…suet or seed? So many choices… 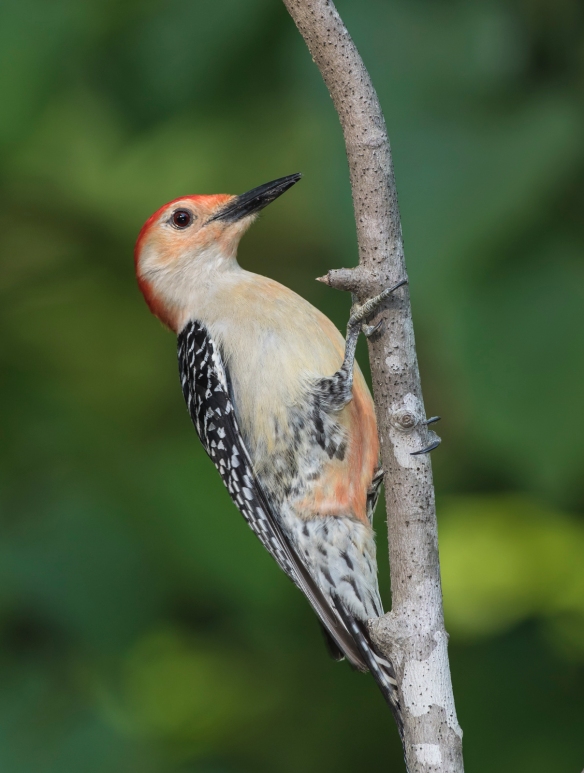 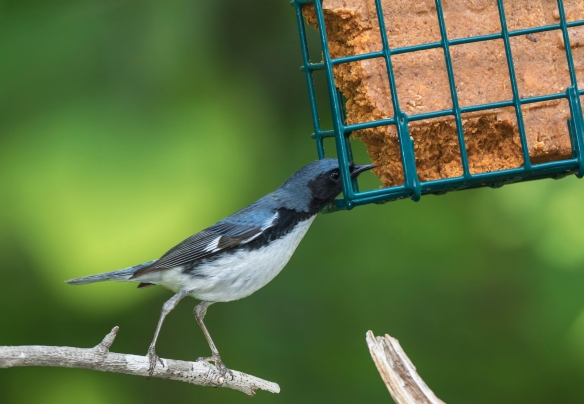 But, of all the birds that are coming to the suet, my favorite has to be a male black-throated blue warbler. This is the first time I have had one of these beauties visit a feeder. There have been several moving through the trees (including one female that I have spotted), but this little guy is a regular visitor at the suet. 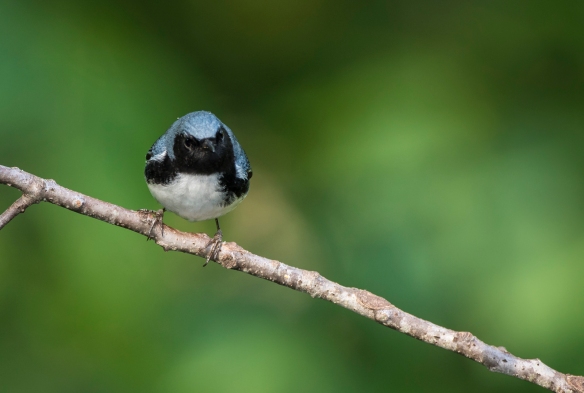 This little male is rather bold, but only stays a few seconds on each visit

Male black-throated blues are one of our most stunning spring warblers, with a beautiful blue back and top of head, set off by the black throat and sides, and a white belly. They are common spring migrants in the east as they head north or to our mountains to nest. They may look so fresh and bright because they probably spent the winter in the Bahamas or the Greater Antilles. My warbler guide says they are frequent feeders at peanut butter or suet during migration, so I am glad this one (or more than one?) is living up to its reputation. 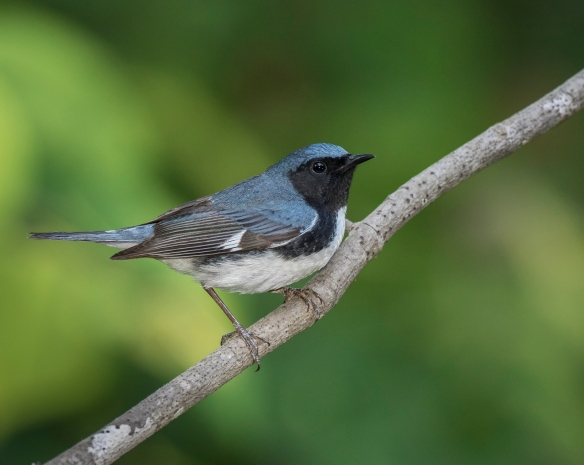 A quick pose, and then off he goes

I am glad I am around to appreciate the beauty of this tiny visitor, however long it decides to hang around. Sunday afternoon was a special treat with this guy visiting every 30 minutes or so, plus, out in the yard, a great crested flycatcher, two blue-gray gnatcatchers, and two male northern orioles (a new species for the property). 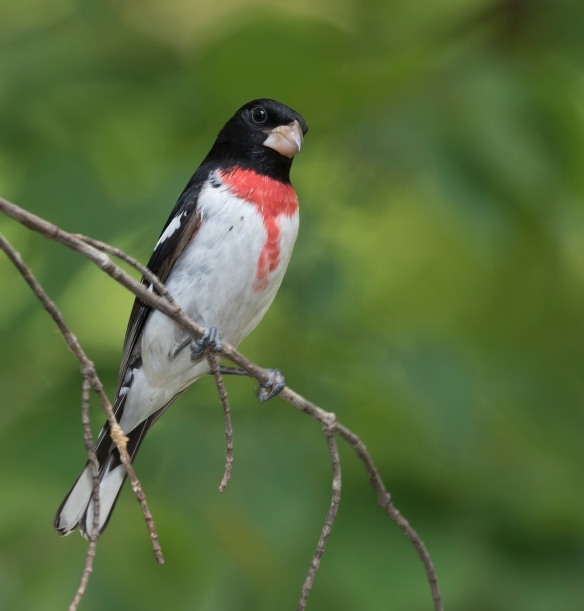 Oh, and the rose-breasted grosbeaks are still here, chowing down. Guess I had better get some more suet.