The beauty of the natural world lies in the details.

It has been a hectic few weeks at work with summer camp. One good thing is I am out in the Garden daily, and, anytime you are out in a place with that much diversity, there are plenty of things to see. I managed to take the camera out a few days before and after camp, and found some interesting subjects. Here are a few of the recent highlights… 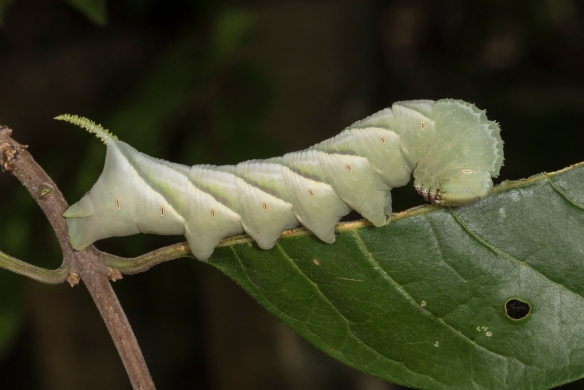 Snowy tree cricket  (Oecanthus fultoni), male – this is the so-called thermometer cricket. The frequency of the chirps made by this species (made by the males as they rub their wings together) is considered a fairly reliable estimate of the air temperature. In the Eastern U.S., Fahrenheit temperature can be estimated by counting the chirps in 13 sec. and adding 40.

One of the many bunnies that reside at the Garden (quite happily, I presume)

The beautiful and wildlife-friendly berries of a sassafras tree

A handsome trig (also called a red-headed bush cricket). This one is a male. The handsome part is self-evident; the trig part refers to the family Trigonidiinae, or Winged Bush Crickets. 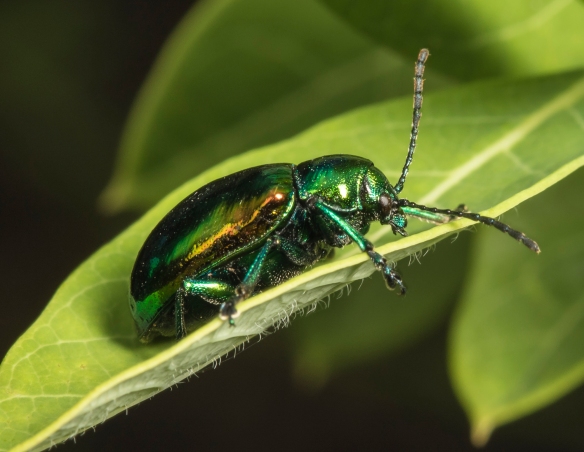 All is well that ends well…the rear end of a tuliptree silk moth caterpillar. Eggs were laid by a female on 5/18/17, hatched on 5/30; caterpillars had all pupated by 6/29; first adult moth of this summer’s second generation emerged on 7/20. This new generation will overwinter as pupae.