The flowers of late winter and early spring occupy places in our hearts well out of proportion to their size.

It is one of those plants I had seen a few times in the wild, but didn’t know much about, other than the nuts are quite tasty – small, but good. I am speaking of American hazelnut, Corylus americana, a native shrub of Eastern North America. There are a couple of patches of it along the Piedmont Nature Trail at work, so I have a chance now to watch it across the seasons. Even though it tends to form a dense clump of many-branched stems, it is easy to overlook. But, as with most plants, if you stop and look closely, it has some fascinating features. 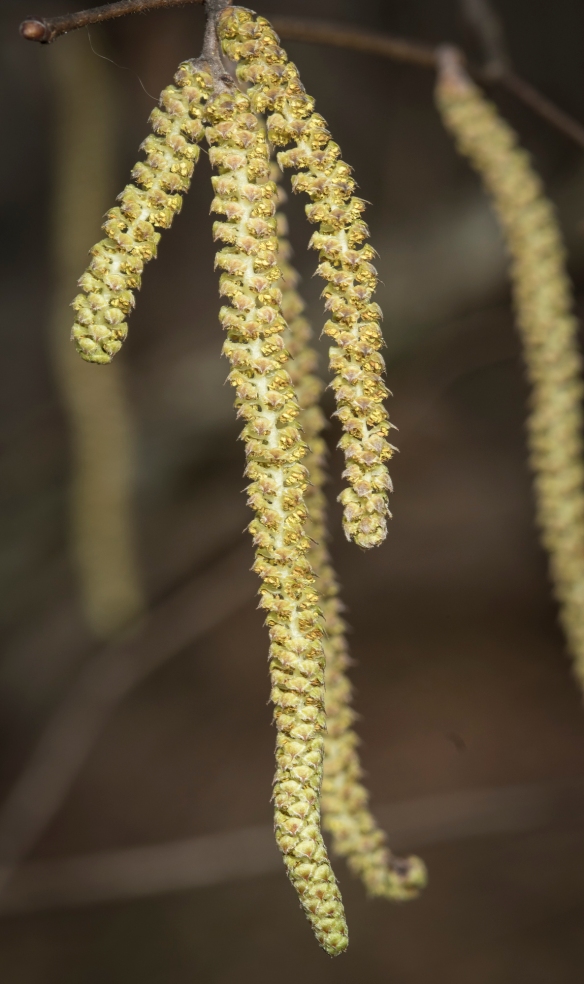 Male flowers (staminate) occur in the form of catkins. Immature male flowers appear on catkins in the fall and persist through the winter. A couple of weeks ago, I noticed they had elongated, and just last week, started to bloom. 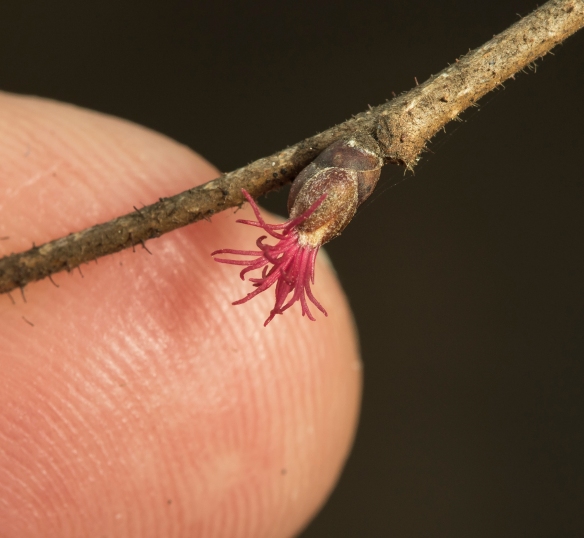 Last year was the first time I had tried to see the tiny pistillate (female) flowers, but I missed them. I have been checking one of the shrub clumps the past couple of weeks and, last Thursday, found a few of the bright red specks on the bare twigs. I think they are only open for a short period (though I will continue to check and confirm this) and are wind-pollinated. 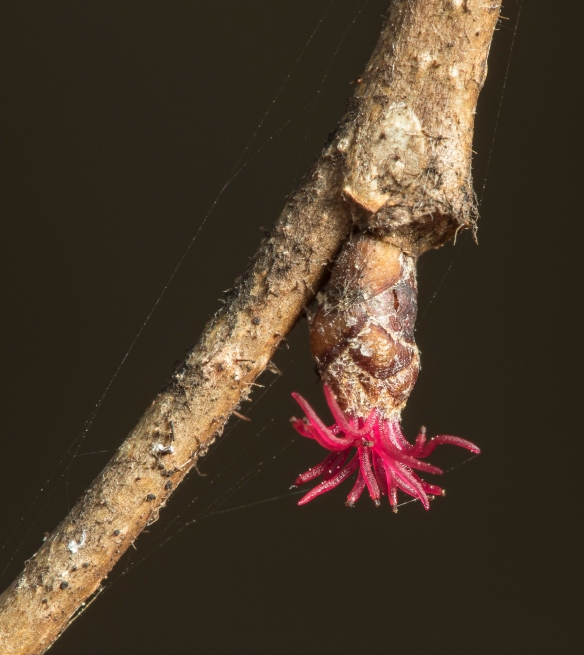 You really have to be right next to the shrub in order to see them. If successfully pollinated, they begin to form one of the more unusual fruiting structures I have seen. 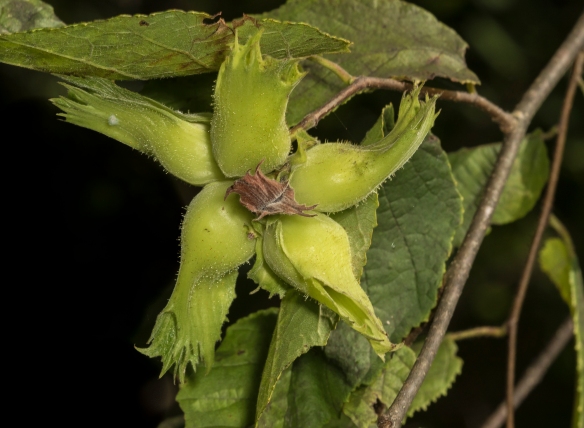 Developing nuts have a green husk (photo from last July)

The genus name comes from the Greek word korylos, meaning a helmet, in reference to the husk on the nut.

Mature nuts inside the husk (photo from October last year)

The nuts mature in fall and are an important food source for a variety of wildlife from chipmunks and squirrels to blue jays (and a tasty treat for humans as well). The other common name, filbert, may have a couple of origins according to resources I found online. Some speculate the name originated from “full beard,” which refers to the husk (or “beard”) that entirely covers the nut in some varieties. The German word for “full beard” is vollbart. Others believe the name was derived from St. Philibert, a French monk. The feast day honoring him is in late August, when the first filberts in England begin to ripen. A related species, Corylus avellana, is the official state nut of Oregon, which produces 99% of the U.S. crop of commercially raised hazelnuts.