Surprise is the greatest gift which life can grant us. 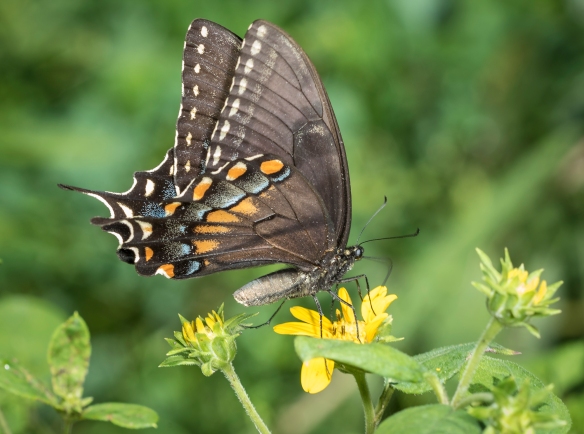 I have been enjoying all the Eastern tiger swallowtails in the yard these past few weeks, along with the antics of the hummingbirds at the feeders and wildflowers. Living in a house of windows has its advantages as I can easily keep an eye on all the comings and goings in the yard as I walk from room to room. 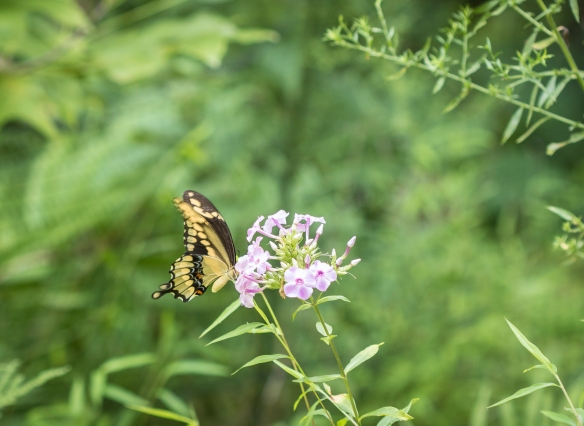 I saw a black-colored swallowtail with yellow under its wings

This morning, something caught my eye and my brain registered a flash of surprise. I saw a large, dark-colored butterfly, wavering at various flowers, at each one for just a second or two. But the undersides of its wings were mainly yellow, quite different from the dark morph Eastern tiger swallowtail females I usually see. From somewhere in my field guide memory banks, the ID came rushing out – a giant swallowtail in the yard! I have never seen one of these beauties in North Carolina (I vaguely remember seeing one in Florida, where they are much more common). I grabbed my camera and went outside to document it, but found it frustratingly elusive. It was in constant motion, visiting various flowers (mainly garden phlox, Joe-Pye weed, and ironweed) for only a few seconds before fluttering on. After my brief time with this species, I definitely agree with Jeff Pippen’s summary of giant swallowtails on his web site – Giant Swallowtails are notoriously challenging to photograph with a point-and-shoot style camera because they stay in constant motion while nectaring, fluttering their forewings for balance rather than perching. 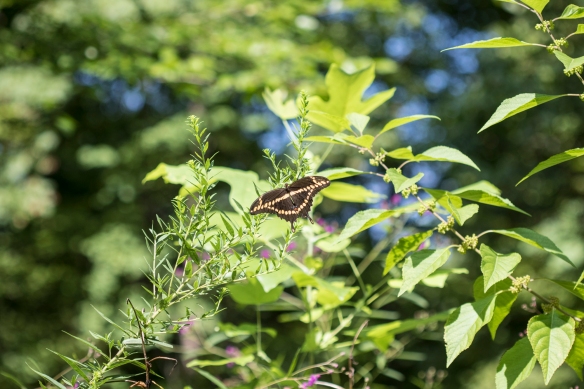 After fluttering around the yard for several minutes, it landed in the sun for a few seconds

After following it around the yard for a few minutes, I was delighted when it landed on a tall goldenrod and spread its wings to soak up some sun. I grabbed a couple of photos from afar (I had my macro lens on, so not much for telephoto shots), and then crept closer. 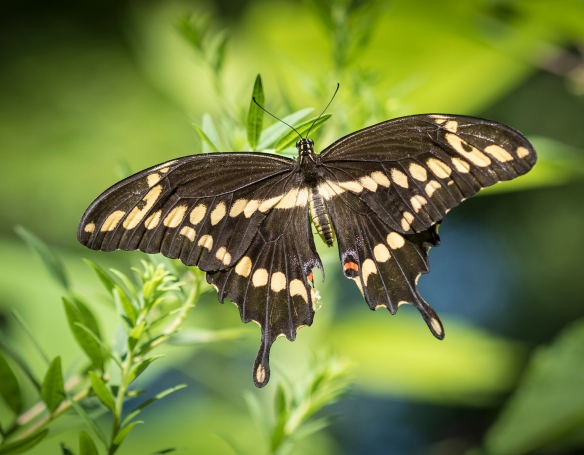 A rare (and beautiful) butterfly here in the Piedmont

I finally managed a couple of pics from a few feet away, highlighting its bold yellow and black marking on its dorsal surface. And then, in an instant, it was gone. I had gone inside to walk through the house to get a closer view, but when we went out the front door, it was nowhere to be seen. I went inside to look it up on the Biodiversity Project of NC butterfly web site and saw that this species is uncommon and local along our coast and very rare and local in a few spots in our foothills and low mountains. It is considered extremely rare to very rare in the Piedmont.

The reason is that the host plants are in the rue family (Rutaceae). What this means for NC is prickly-ash along the coast and hoptree at scattered inland sites. It also will lay eggs on cultivated citrus plants in our state and is considered a pest in citrus-growing regions of Florida ad elsewhere. The records for Piedmont NC (and I think this may be a new record for Chatham County) are almost all believed to be migratory individuals or localized numbers associated with potted citrus plants. Whatever the reason, I am happy this one butterfly paid us a surprise visit this morning.

The world is full of magic things, patiently waiting for our senses to grow sharper.

There are times in this blog when I don’t seek to tell a detailed story of the life of some natural creature, but simply to share the awe-inspiring scenes that surrounds us, in this case our backyard here in the woods. It doesn’t take long to find exquisite beauty if you look, listen, and move at a slow pace. This is our refuge, our special place. I hope you can find one near you. 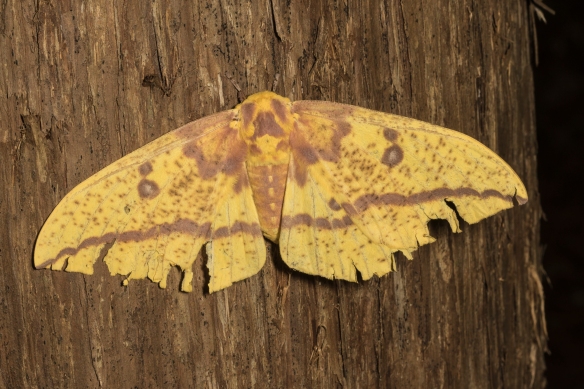 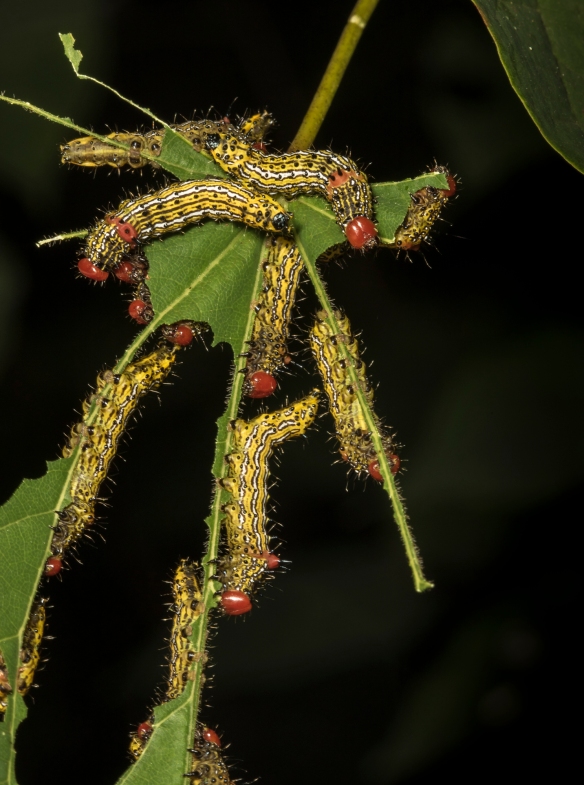 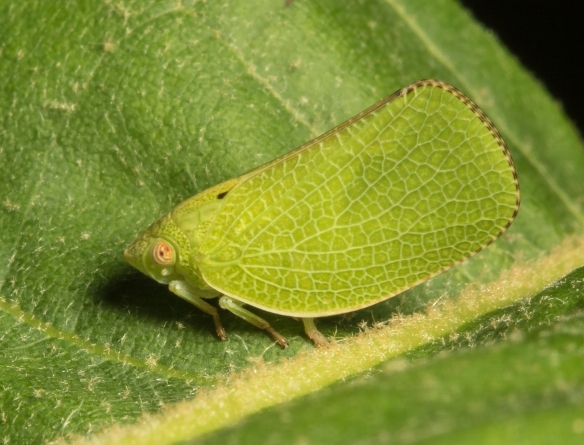 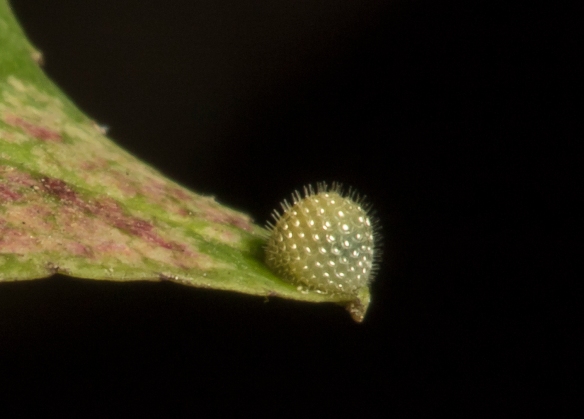 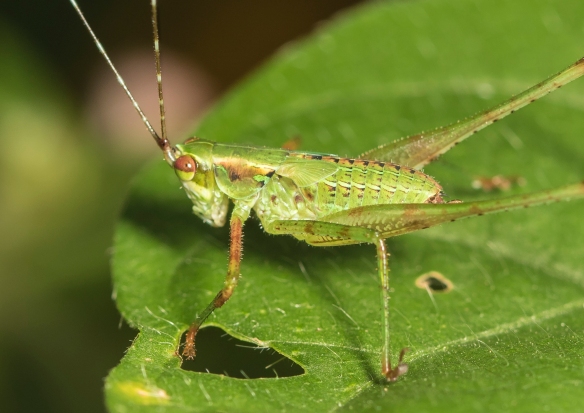 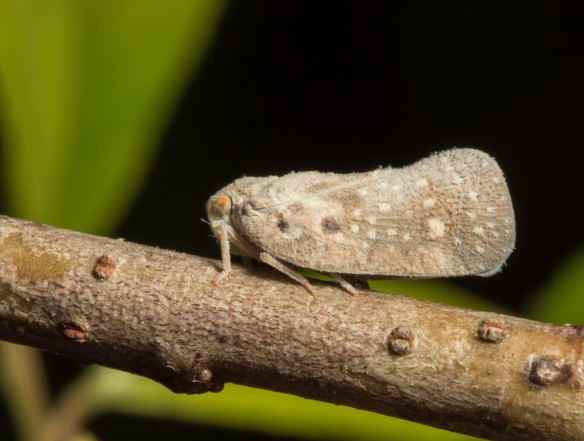 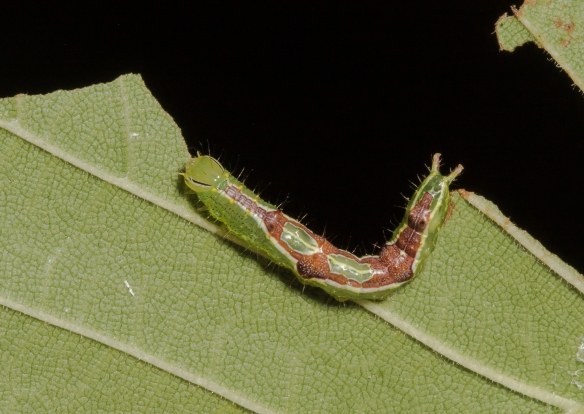 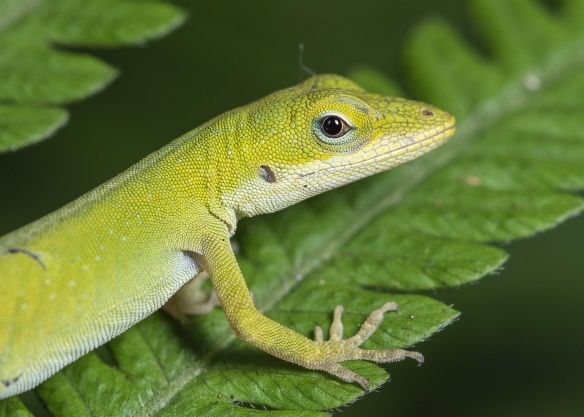 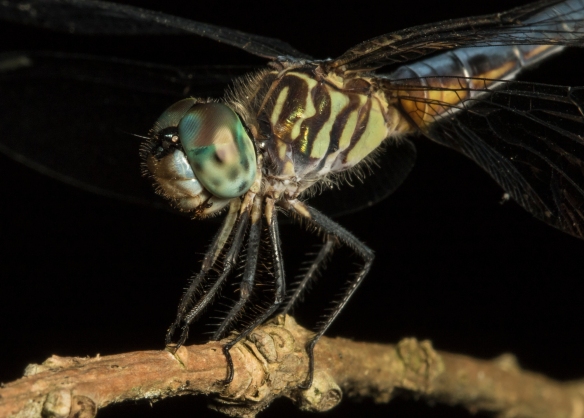 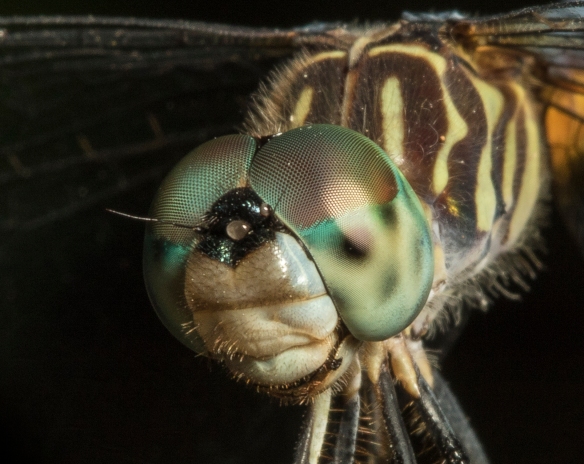 A closer look at the marvelous eyes of a dragonfly