There are two worlds; the world of sunshine, and the world of the dark. There are whole armies of living things , which, when we go to sleep, begin to awaken; and when we awaken, go to sleep.

It happened again the other night. When I started to close the inside door for the night, there were a few moths clinging to the screen door. Most were small and dark, the LBT’s (little brown things) of the insect world that make mothing so challenging. But one was majestic, royal, magnificent. 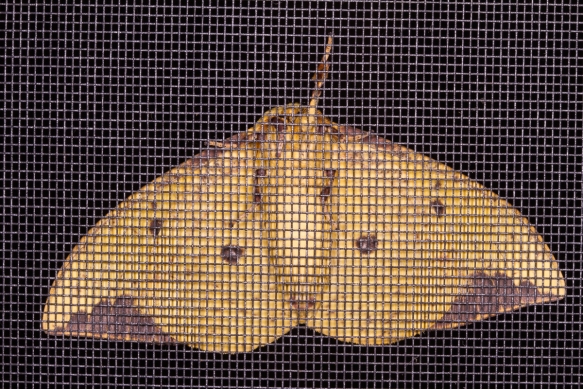 It was one of the large silk moths, an Imperial Moth, Eacles imperialis. These beauties have wing spans of 4 to 5.5 inches, and are reported to be seen in the south from April to October, although I usually see them in mid- to late summer. 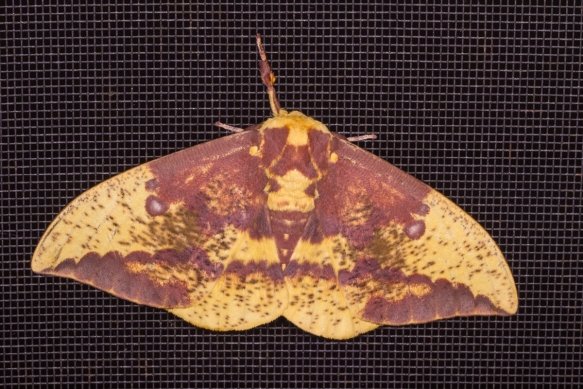 Females are larger and more yellow in color than males, so this one’s color pattern, with large blotches of purplish-brown on the upper wings, identified it as a male. Most references say they have but one generation per year, although Bug Guide says there may be two in the south. They overwinter as a pupa underground, emerge, and fly about for a couple of weeks (the adult moths do not feed), mate, and die. 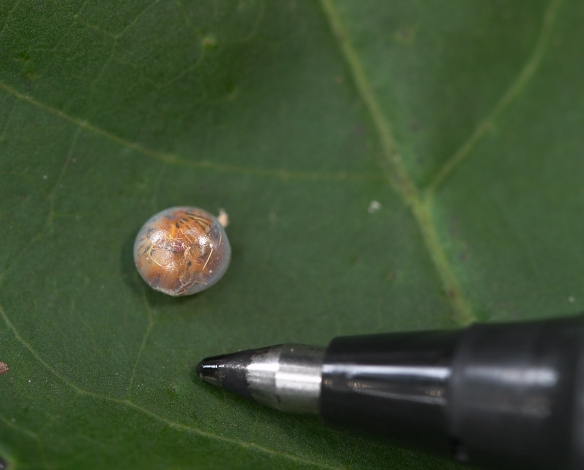 Imperial Moth egg, about to hatch

Females lay large eggs, singly, or in small groups, on a variety of trees including elm, hickory, oak, sweet gum, and pines. A couple of years ago, I had a large, gravid female, come to a light. I held her overnight in a paper grocery bag where she laid a number of eggs inside the bag. She was released the next morning. I cut out strips of the bag containing eggs and clipped them to several potential host plants in the yard and watched the caterpillars hatch and grow. 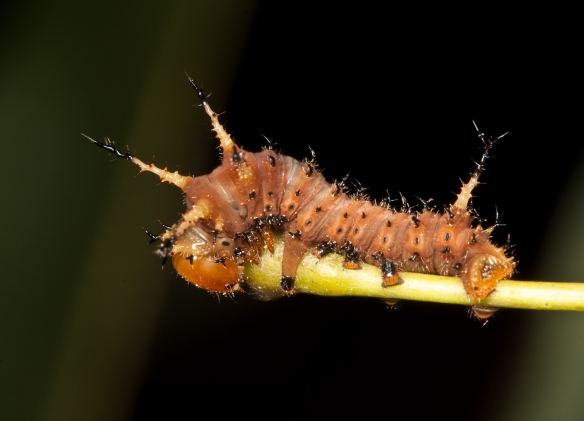 Young larvae have prominent spikes which become less pronounced as they molt and grow. 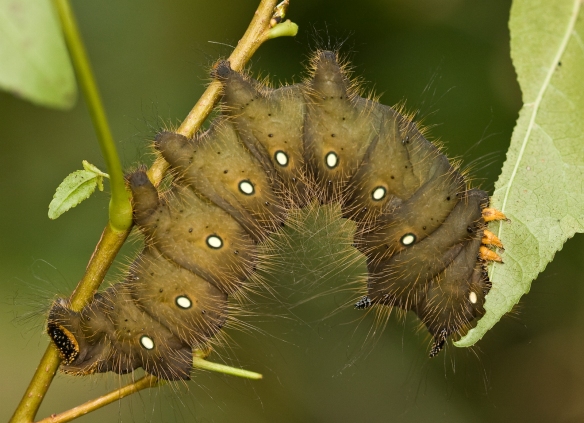 Later instars can range in color from green to brown to orange-ish, and grow to be almost 4 inches in length. They lose the large spikes, but are covered in fine “hairs”. When finished eating and growing, they bury themselves in the soil and pupate, spending the winter underground. 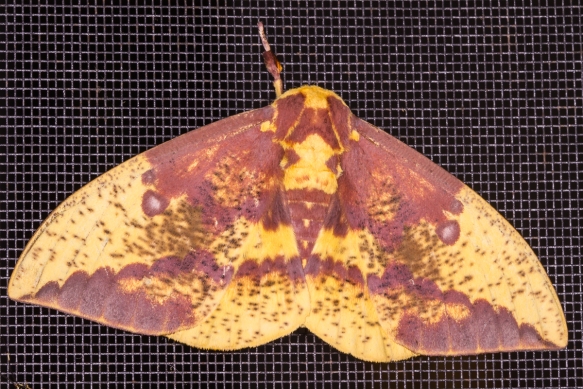 Imperial Moth in all its glory

When they finally emerge, they are one of our most beautiful moths, and bring joy to any who are lucky enough to see them in their brief time in our night sky.