The frog forgets that he was once a tadpole.

It’s been a busy couple of weeks and I must apologize as I have been a blog-slacker I’m afraid. Lots of chores, plus the hot and humid weather has kept me inside more than usual. It turns out, unlike me, there are some things that actually do quite well in this sort of weather. The past few weeks have been wet and warm, perfect conditions for the many frogs here in the woods. And one place in the yard has been particularly popular.

One of the two water gardens has a leak (or more than one) in the liner. I cleaned it out this spring but decided to put off attempting a repair or replacement of the liner until cooler weather next Fall. The heavy rains have partially filled this pool, making an ideal breeding ground for several species of amphibians, especially Cope’s gray tree frogs, Hyla chrysoscelis. I have come home late on several rainy nights and their calls have been deafening. And where there are calling frogs, there are eventually eggs, tadpoles, and, finally, tiny frogs, or froglets.

I started seeing these mini-frogs a couple of weeks ago, and their numbers have steadily increased, with plenty of tadpoles still active in the pool. When I look over the edge of the pool, I usually see 4 or 5 froglets sitting around the edge, most with part of their tadpole tail still present.

The tadpole tail slowly disappears after the frog leaves the water

As a tadpole changes into a frog, the cells in the tadpole tail undergo programmed cell death, called apoptosis (from a Greek word meaning “falling off”, as in leaves from a tree). This process is stimulated by thyroid hormones in the blood. This type of cell death differs from necrosis, where cells swell and burst, often due to injury, and spill their contents on neighboring cells causing an inflammatory response. Cells that undergo apoptosis die in a “neat” fashion, by shrinking and condensing, and are eventually consumed by other cells, thus recycling the organic components of the dead cell. 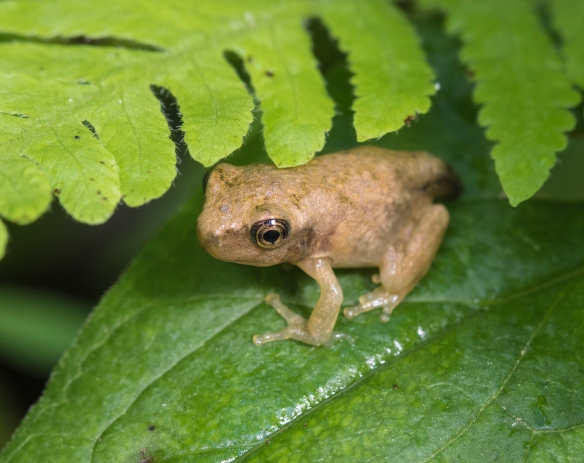 These mini-frogs could perch nicely on your thumbnail, with plenty of room to spare

It is amazing that all this intricate cellular processing is going on in these tiny creatures as they emerge and begin their terrestrial existence. Studies have shown that newly transformed frogs will stay close to the ground in vegetation, but will often migrate many feet away from their natal pool within a week or so. I am already finding froglets 30 feet or more away the pool. If even a small percentage of these guys survive, it will be a very noisy next summer on rainy nights here in the woods. Looking forward to it… 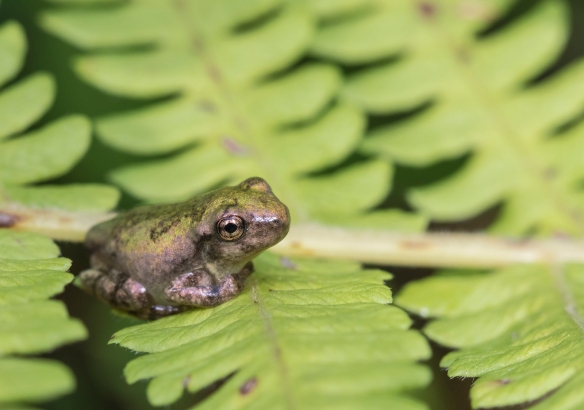 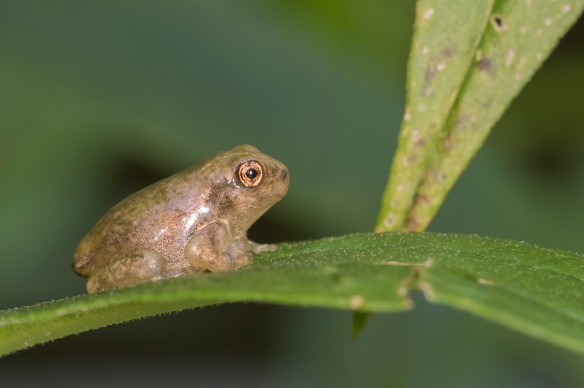 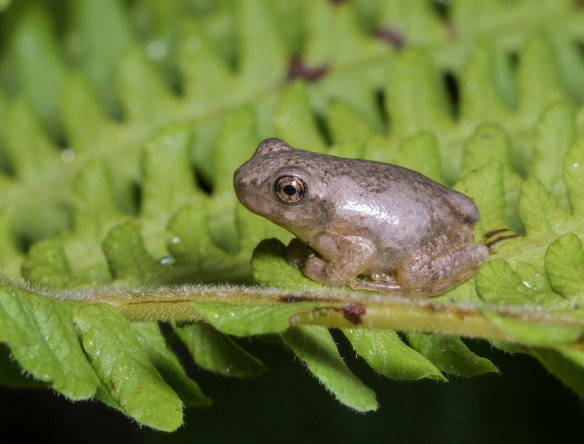