Now is the time of the illuminated woods… when every leaf glows like a tiny lamp.

Things happen so fast this time of year… it is the time of change. Old things moving on, new things appearing. Many of the birds of winter are heading north and are being replaced by bright and beautiful breeders from the tropics – the first ovenbird yesterday, the first Louisiana waterthrush earlier this week. The juncos disappeared over the weekend, but not before being terrorized by a sharp-shinned hawk one evening out back. There had been a rash of window strikes over the past two weeks, and now I think I know why. This fierce predator appeared late one day and chased a junco and tufted titmouse around and around a holly tree out near one of the bird feeders. The hawk had left some evidence (plucked feathers) that it was the probable cause of many of our yard birds leaving their wing imprints on windows in spite of the reflective stickers that adorn them. But this time, the birds eluded him. 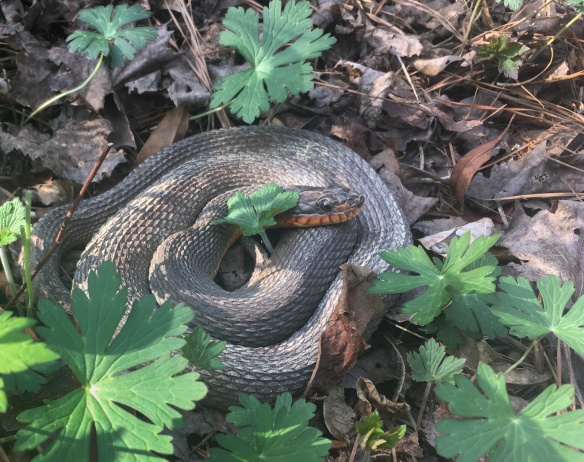 At work, things not seen in many months have been exploding onto the scene. The resident water snake curled next to a path…

…leaving strands of eggs stretched across the mud. 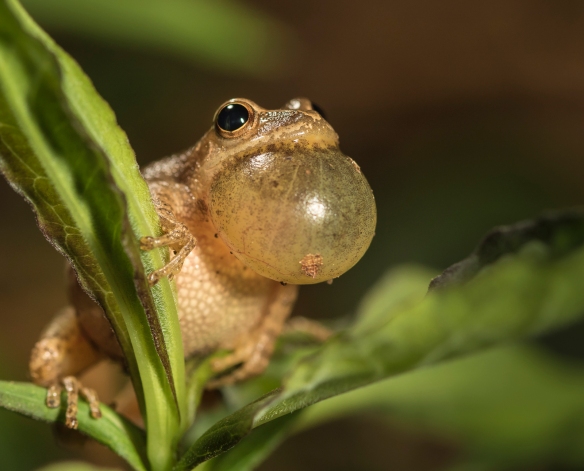 At home, the pleasing high-pitched calls of spring peepers each night. Things must be just right for them this week as the usually difficult-to-find songsters just keep calling, even when we approach them, flashlight and camera in hand.

And, while there are splashes of color appearing throughout the yard (columbine reds and yellows. the blue-purples of phlox), the white flowers dominate our spring woodlands. 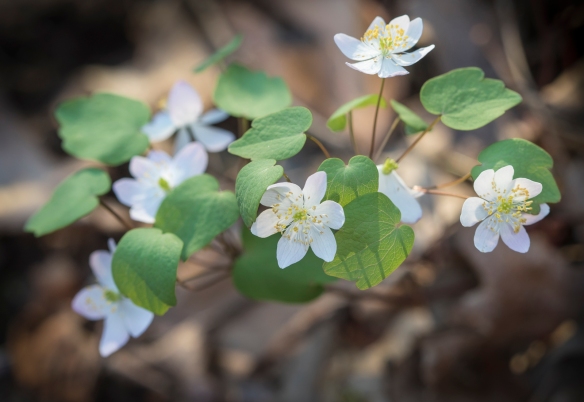 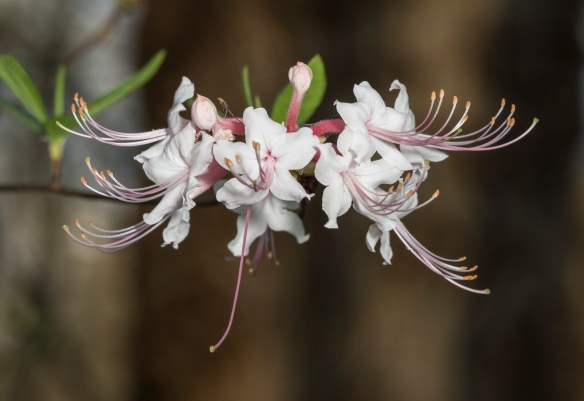 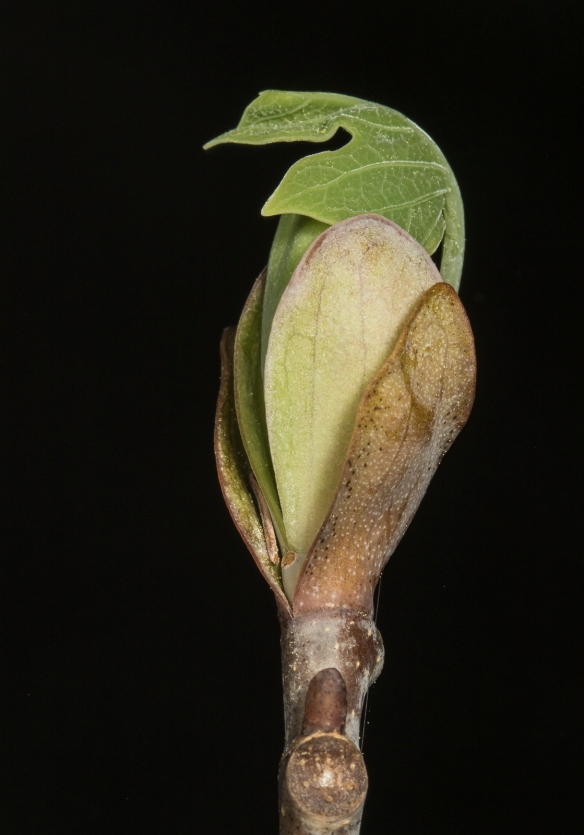 A tulip poplar leaf bursts forth

Soon, the dominant color will be green, the pale illuminated green of leaf out…my favorite woodland color. This is the week…get outside and enjoy the show.