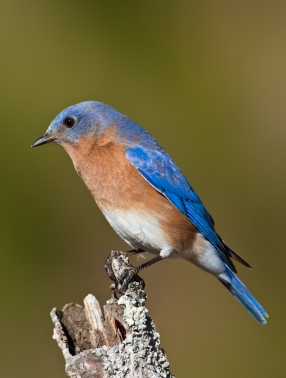 A friend posted a picture yesterday of bluebirds in her nest box. So I went out this morning and checked the one box I have that can be easily opened, and it looks like a good bluebird spring! The male and female were watching me as I went over to the box and opened it so I didn’t stay long and just took a shot with the iPhone instead of the usual gear, but it is always exciting to see the first babies of spring. These guys look like they are just a couple of days old at most and still in that reptilian stage of development. I am sure the cool, wet weather the past few days has made for difficult hunting for the parents but the sunshine today promises easier meals for these young. 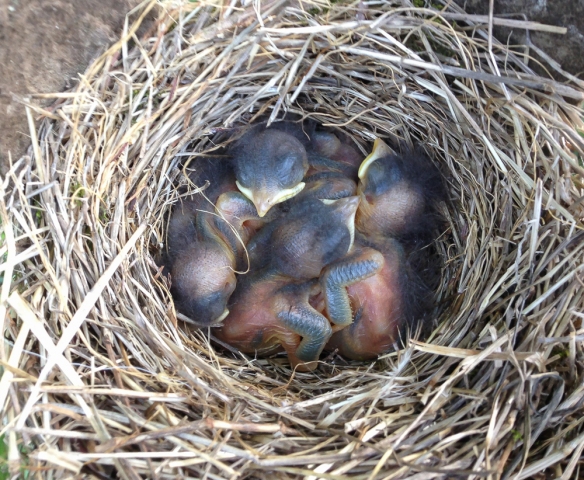 I have four nest boxes scattered around the yard and garden area (three out in the open and one in the woods) and have seen bluebirds coming and going from all four, so this could be a very good spring for bluebirds. Looking forward to following the progress of these and the other local breeders during the coming nesting season.

How readily the bluebirds become our friends and neighbors when we offer them suitable nesting retreats!
– John Burroughs,1925 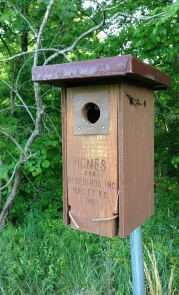 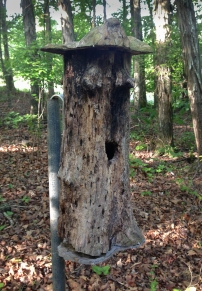 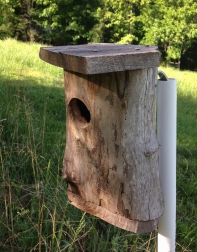 3 thoughts on “A Bounty of Bluebirds”