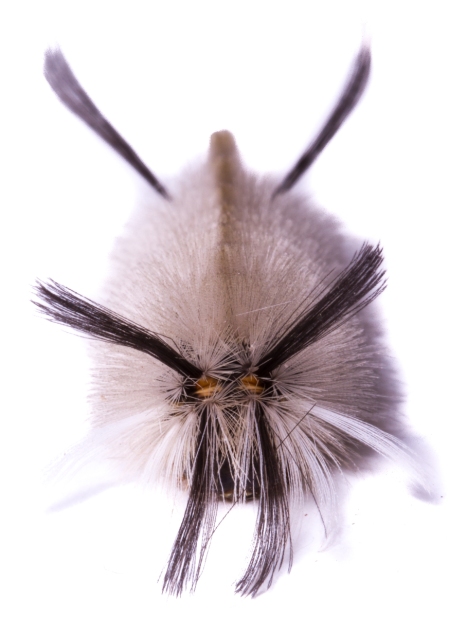 I usually think of the end of “caterpillar season” as being a week or two after the Museum’s annual BugFest event in September. This year (and maybe its just because I am retired and out and about more) I have been seeing the larvae of quite a few species in my travels well into October including Imperial Moths, Luna Moths, and the ubiquitous Woolly Bears. But around the house, there is one species that is dominant late in this season, the Banded Tussock Moth, Halysidota tessellaris. 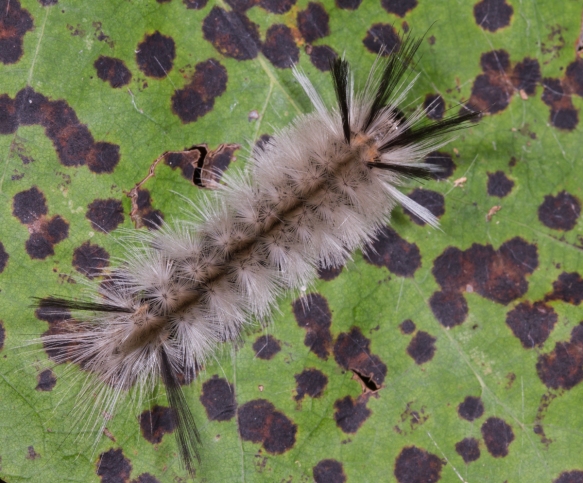 Full-grown caterpillars are about 1.5 inches long. Each body segment is densely covered with tubercles bearing tufts of short or long hairs (lashes) that are whitish, yellow-brown, silver-gray or black. From the second thoracic segment there is a pair of long black lashes and shorter white lashes that point forward, and from the third thoracic segment is a pair of black and white lashes that usually point away from the body at right angles. At the rear of the body, two black lashes point backward. 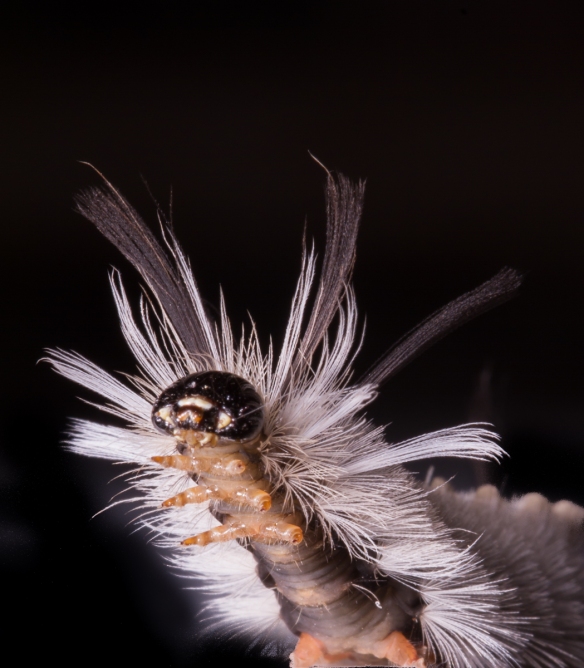 I am always struck by the tufts of “hairs” on certain caterpillars. They remind me of various things with texture – brushes (some are even like toothbrushes), some sort of elongate fancy breed of show dog, or a teenager with a wild hairdo. 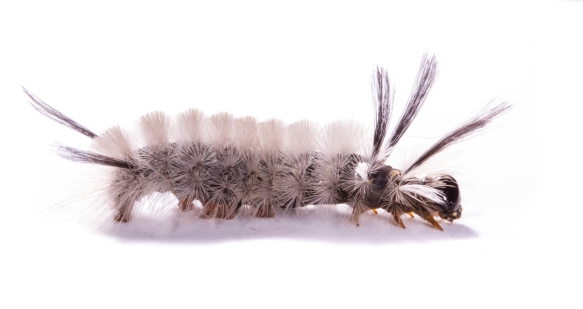 The true tussock moths, like the common White-marked Tussock Moth caterpillar, are members of a different family of moths, the Lymantriidae. The Banded Tussock Moth is a member of the Arctiidae, which includes the Tiger Moths. 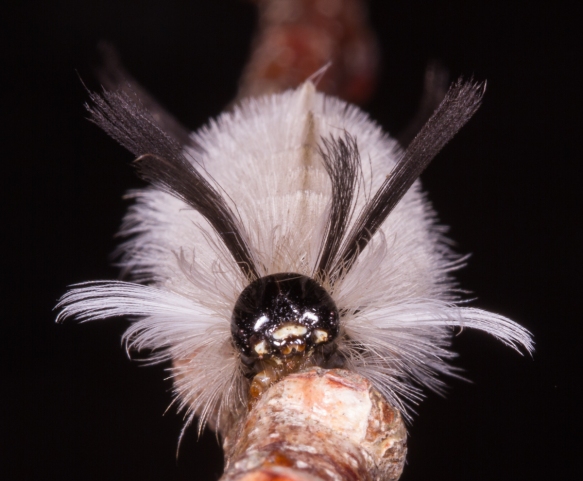 This species is easily observed as it sits out in the open on leaves of its many host plants (oak, hickory, ash, and many other shrubs and trees) or in its travels to a pupation site. I am finding them now on my deck rail, the screen porch, the trash can lid, and just sitting or crawling on the ground. This boldness may indicate that they are distasteful or just too bristly for many birds. And one reference indicates that, like many members of the true tussock moth caterpillar group, the Banded Tussock may cause skin irritation in sensitive individuals. Guess I truly am an insensitive guy, as I have handled them with no ill effects. 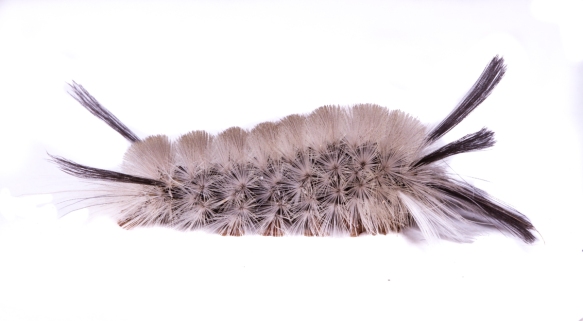