In nature, everything has a job. The job of the fog is to beautify further the existing beauties!

I just got back from a whirlwind trip south to the so-called Space Coast area of Florida. I have always wanted to visit Florida in winter to see the bird life and now finally have the time to do it, although I still only managed to visit a few key places. I will post a few blogs over the next week on what I found, but wanted to start with a short post on my last two mornings. I had watched the weather and picked a week when conditions looked good for photography, so you can imagine my initial disappointment when my last two mornings were heavily socked in by fog.

Sandhill Cranes in fog at one of the “Click Ponds”, Viera, FL

At first, I viewed the fog as a thief of the light, stealing the precious few hours of prime low-angle light that can make all the difference in a wildlife photo. The Sandhill Cranes I had hoped to photograph with the golden light of sunrise on their feathers were not much more than dark blobs in the mist. But, as I was in a place full of wildlife and I wanted to observe and photograph, I decided to move to the other side of the wetland pool and shoot into the sun that was struggling to make its presence known. Most of the cranes had already left by the time I got to the other side, but there were plenty of other subjects. So, here are some images of birds silhouetted by the rising sun as it tried to burn through the dense ground-hugging cloud. See if you can identify the birds by shape – there may be some repeats (answers are at the end of this post).

You have seen one of these already – what is the other species in this image? 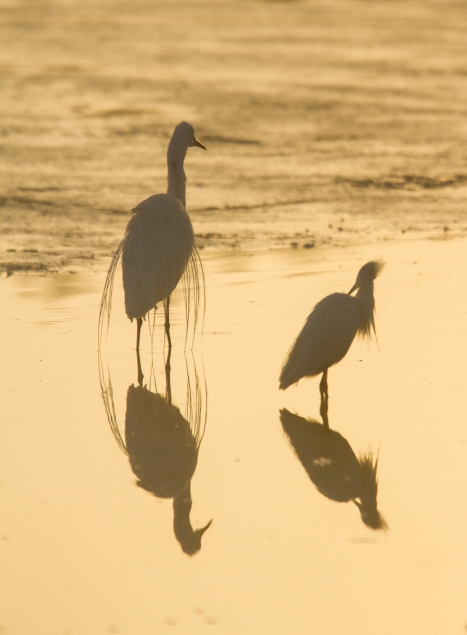 Now that you have had some practice….

Okay, here are the answers to the quiz:

American White Pelicans with a flock of Tree Swallows 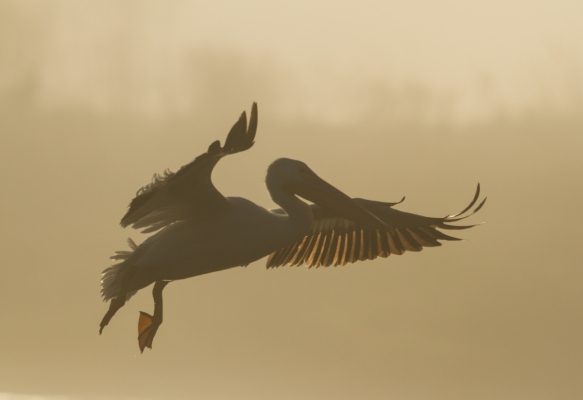