A track is a window to the past of an animal. Look at the ground as if it were a manuscript of the animal’s life.

I took advantage of the warm weather yesterday and walked down the power line to a beautiful tract of woods I like to visit. It is a fairly open forest of many acres with rolling terrain, rocky outcrops, and two small streams that join near the edge of the power line. The diversity of plant life and the presence of the streams makes for good wildlife habitat. 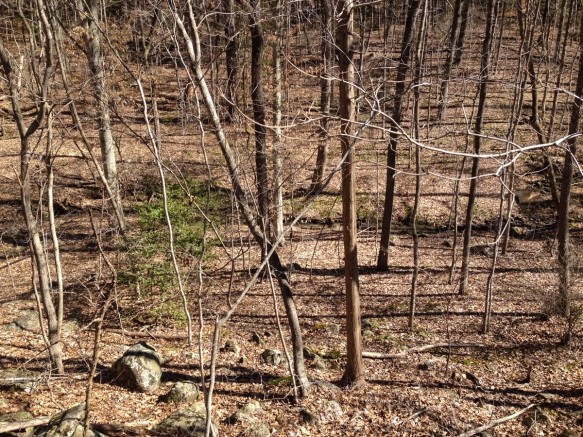 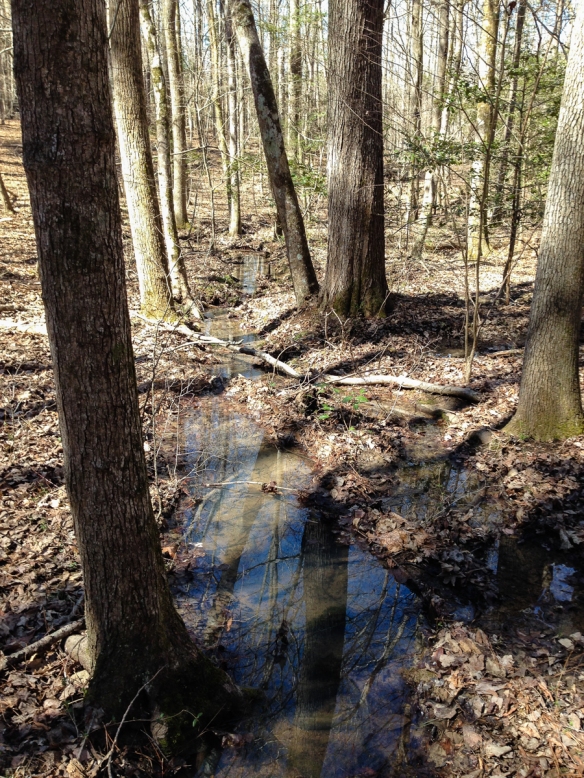 One of two small streams in the open woods

While I did flush a lone Woodcock along the stream above, I didn’t see a lot of wildlife on this particular walk. But there were plenty of signs of life. The larger stream has many small sand bars along its passage through the trees and these read like a guest book of who has recently passed this way. As I looked down, the tracks brought back memories of the times I had seen the authors of these pages in the book of the forest. And I wondered  what they had been up to when they wrote these quotes in the sand. 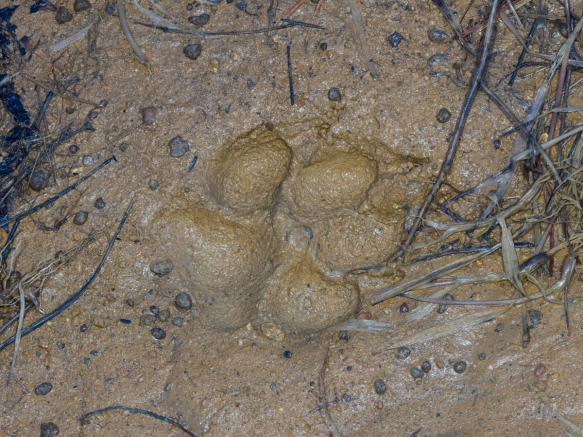 Even though I have never seen anyone else in these woods on my many visits, I’m afraid there are other signs that indicate both their presence and impact. They include thoughtless “nature vandalism”, like carving initials on the smooth bark of an American Beech tree, or leaving what I presume was a bait bucket from some deer hunters (don’t get me started on my opinion on the use of bait in hunting). 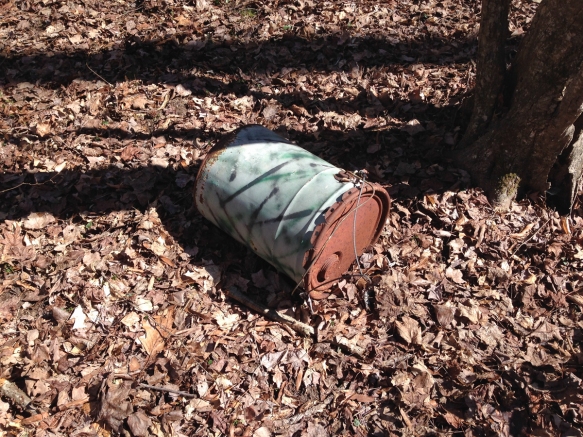 Other signs of human activity may be a little harder for the casual visitor to see. There have been heavy rains these past few weeks and one of the streams has noticeable deposits of coarse sediment in the stream bottom and along its banks. 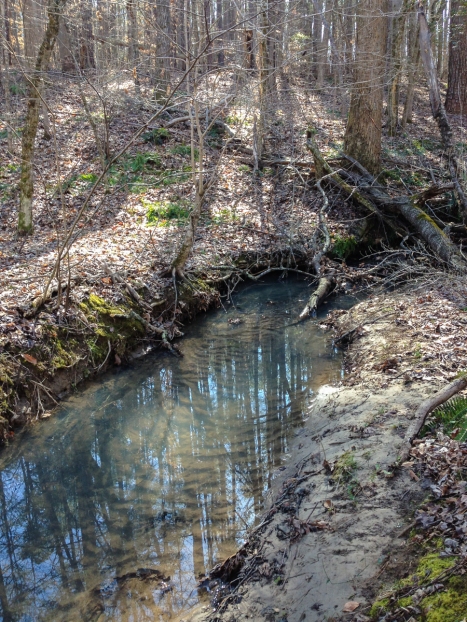 Sedimentation has impacted one of the small streams in the forest

While it provided fresh substrate for the writings of the wildlife that had walked this way, it also is indicative of human activity upstream (most likely some sort of disturbance to the soil and vegetation). Unfortunately, it is something that is not a good sign for life in this small stream in the long run. The sediment will eventually smother bottom-dwelling invertebrates and other stream life resulting in a loss of diversity in this otherwise relatively pristine habitat. I hope that in the future there will be more vegetated buffers along our waterways and increased vigilance on our part in making every effort to reduce sedimentation and other pollutants from entering our streams. When that happens, that will be a good sign for all concerned.