Your legs are longer than airport security lines.

I have seen these long-legged shorebirds on several occasions, but was delighted when driving down a beach road recently to spot their distinctive silhouettes right next to a pullout along the road.

Black-necked Stilts are a medium-sized shorebird with anything but medium-sized legs. In fact, they supposedly have the second longest legs in proportion to body size of any bird, with only Flamingos beating them out. And to make sure you notice those lovely limbs, they come in bright pink, a nice contrast to the bold black and white of their bodies.

I think this pair included an adult (black plumage) and an immature bird (duskier gray plumage). References also state that the females have slightly less black plumage than the males, so I suppose the lighter one could also be an adult female.

To compliment their legginess, they also have a stiletto black bill. They use that sharp bill to feed on a variety of aquatic invertebrates, small fish, tadpoles, and other small animals, with an occasional seed thrown in.

I watched this pair probing in the shallow waters of a flooded roadside field. More typical habitats include mud flats and marshes. I have seen them mainly in coastal areas, but in some parts of their range they do occur in inland habitats, although rarely in North Carolina. 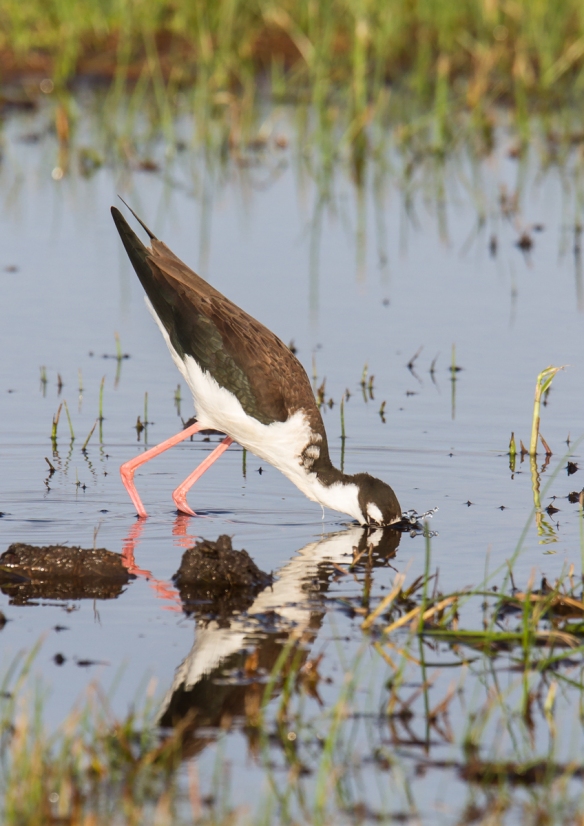 Feeding behavior included an occasional lunge into the water

Most of the time I watched, they seemed to be picking small items off the water surface. But, they occasionally plunged their head into the water for what I assumed was bigger prey. The one large item I saw one catch looked like a large beetle, or perhaps an aquatic snail (it was black and appeared shiny). 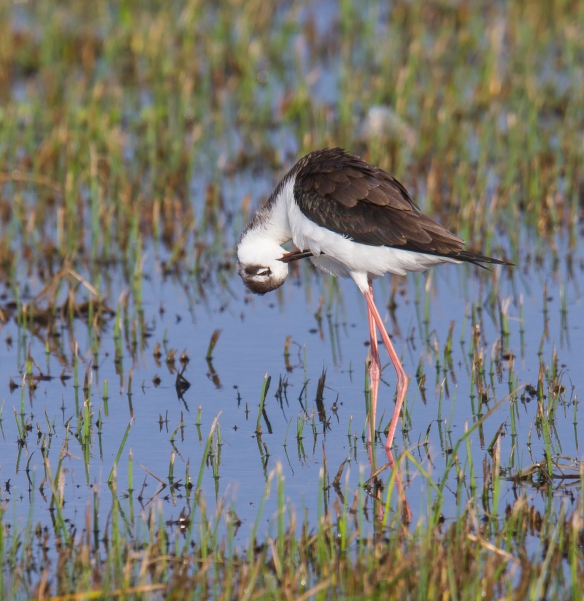 One bird paused in its quest for a snack and started to preen. 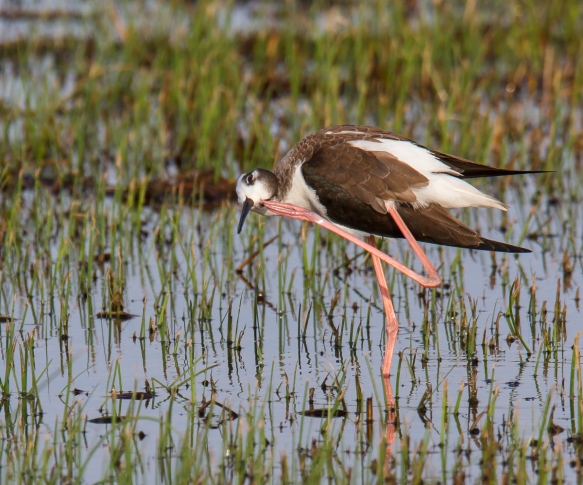 After watching this bird scratching I couldn’t decide whether it was an advantage or not to have such long limbs. I tried to imagine reaching an itch on my head with tennis rackets strapped to my wrist – precise control is probably a necessity. 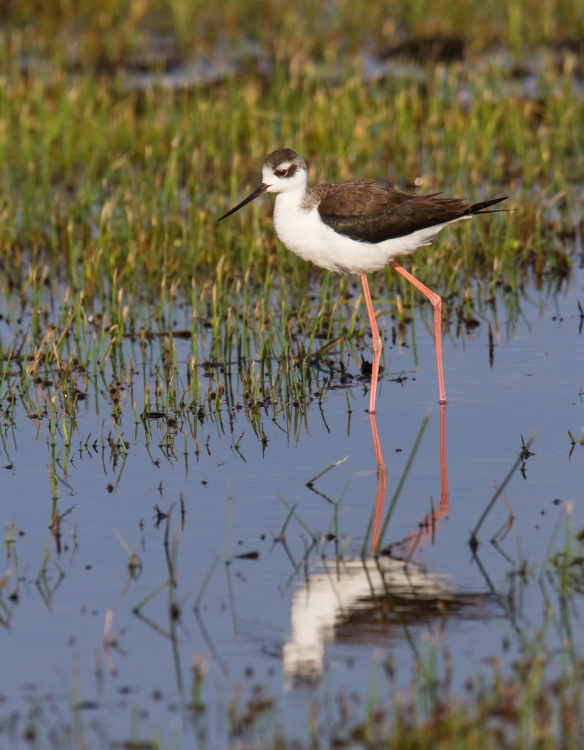 My time with the birds was brief, perhaps fifteen minutes, but I can think of no better way to spend that time than with one of our most distinctive, and beautiful, shorebirds.