Here are the long overdue results of the winter finch quiz from my last post, Finch Findings. 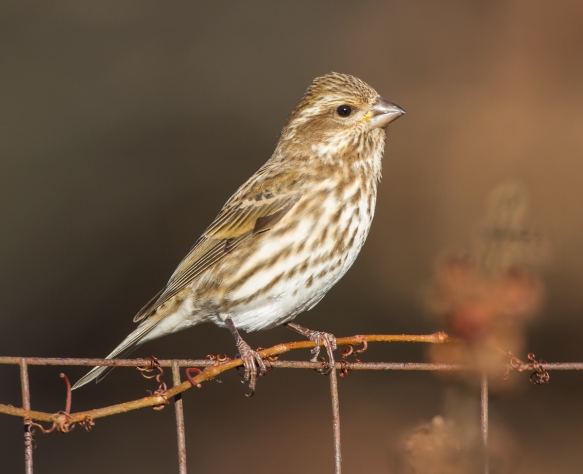 House Finch male – note the red color is confined mainly to the head and breast area, with brownish streaking on sides

Purple Finch male – note the raspberry juice color, and hint of a whitish belly. There is also a darkish stripe behind the eye. I also think the bill looks “heavier” than that of a House Finch.

House Finch male – note the streaking on the breast

Pine Siskin – from this angle, it is mainly the streaking and very pointed bill that gives it away

On a less pleasing visual note…while photographing the finches last month, I noticed something I see every few years in the House Finches I encounter. 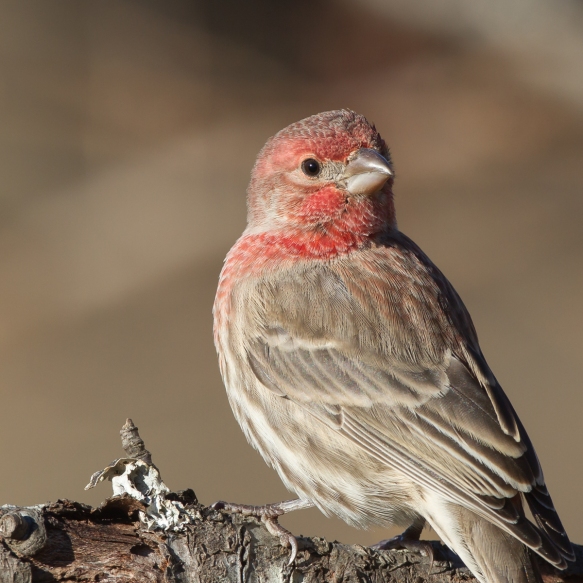 One finch landed and looked over his shoulder. After I snapped a quick photo, he turned his head to reveal a problem.

His left eye was swollen and red, an indicator of an eye disease known as House Finch Disease, or Mycoplasmal conjunctivitis. The disease is caused by a strain of bacteria that previously was known to infect only poultry and pigeons. It was first noticed in House Finches in the Washington, D.C. area in 1994. It spread rapidly through the House Finch population in the East and then was discovered in finches in their native western U.S. range in 2004.

Birds can apparently recover from the disease if they don’t starve or get killed by predators (it certainly impacts their vision and thus their feeding efficiency and predator avoidance) but they are still carriers of the disease. It is transferred by direct contact with other birds, especially when flocking together in winter and congregating at feeders. Researchers say that the disease has cut the booming population of House Finches in the East by as much as half, but that now appears to have stabilized. While it is mainly found in House Finches, the disease has occasionally been seen in other finch species like American Goldfinches and Purple Finches. One source recommends periodically cleaning your feeders with soapy water and a mild bleach solution to help reduce this and other bird diseases.