One who reviews pleasant experiences and puts them on record increases the value of them to himself; he gathers up his own feelings and reflections, and is thereby better able to understand and to measure the fullness of what he has enjoyed. 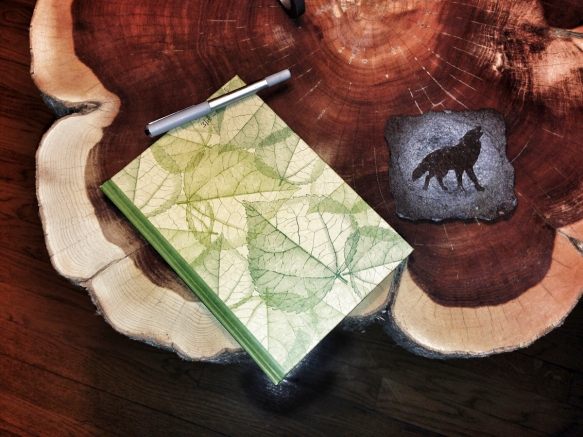 I have recorded my observations of nature on and off for almost thirty years (unfortunately, more often off than on in recent years). I too often rely on the camera lens to be the documentarian of the world around me rather than the pen, but I have decided to start recording again. The new journal lies on a cedar slab table next to the window, pen at the ready, hoping I will pick it up and jot something in it…anything. And this time of year there is a lot to jot down…there are so many changes out that window. During the move, I rediscovered some journals of the past, some going back to my days in State Parks. But a lot had to do with things I saw out out the windows of places I lived in the Piedmont. And many were records of what some of my friends call FOY’s, the First Of Year sightings of something in spring. A couple of state park colleagues and a current biologist with state parks have been sharing their FOY’s on Facebook in recent weeks and that made me realize that I also tend to anticipate the arrival of this glorious season by looking for changes around me – the first sighting of a specific migratory bird, or the first flower of a particular species to bloom.

There must be something reassuring in this cycle, something that tells the many who are winter-weary that renewal is on its way. In looking at some previous journal entries I also realized that there is much less mention of LOY’s (the last sighting of something in a given year). That makes sense I suppose. We tend to notice the first Flowering Dogwood tree that blooms, but it is much less likely that your brain will precisely record the last time a Ruby-throated Hummingbird is at your feeder in September. More likely, one day you realize that the sugar water doesn’t need to be replaced anymore….huh, they must be gone. In looking for LOY’s, I found entries such as the one I made yesterday – only one Dark-eyed Junco at feeder today. And many more were like this..Fewer Purple Finches seen in the yard, or some such vague recording.

I observed the first Giant Chickweed flowers on April 6

But the last weeks of March and early April are full of the word first. In looking at my sporadic journal entries on FOY’s from 1998 to present, it is remarkable how consistent the arrival of spring can be from year to year. I also noticed my bias toward recording the FOY of animals more so than the blooming of plants. I guess that makes sense in that the FOY of a butterfly or bird is an absolute – either I saw it or I didn’t. But the first bloom of a plant…well that’s a little more open to discussion. When is a flower truly open? Some plants take days for their flowers to open, so I noticed my records usually say something like – In Bloom:, and then a list of plants. A cursory review of my notes from years past makes it look as though flowering times can be greatly influenced by weather patterns such as rainy periods or late cold snaps. This year seems to be a little later than some in the blooming of plants, perhaps due to our prolonged period of cold weather in March.

As I am sitting here on the porch this morning writing this, I am reminded of the thing that started all of this reflection on journal entries. It is one of the most magical signs of spring here in the woods – the first melodious song of a Wood Thrush (listen here for a recording from the Cornell Laboratory of Ornithology), a bird more often heard than seen (hence the lack of a photo), and a true harbinger of spring. We heard the first one this year on April 7. In looking through old journals going back to 1998, I found five other entries for my FOY Wood Thrush in this region – 4/19/98, 4/9/01, 4/15/02, 4/14/03, and 4/14/06. Of course, I would expect some variation depending on my effort (I noticed a couple of years where there was as much as a 7-day gap in records in spring – perhaps out of town for work, or just long days in Raleigh leaving little time to record? Another thing I noticed was the remarkable consistency of relative FOY’s. In other words, for each year I recorded an FOY Wood Thrush, I also recorded an FOY Ovenbird, and in every instance, the Ovenbird arrived a few days before the first Wood Thrush. This year, my first Ovenbird was April 3. For the same years as the Wood Thrush above, the dates for the Ovenbird were as follows: 4/1/98, 4/5/01, 4/11/02, 4/7/03, and 4/8/06. Makes me think I just missed the FOY Wood Thrush by a few days back in 1998.

One of the FOY’s that many people seem to notice is the return of hummingbirds to their yards. I usually put out my feeders the last week in March. The few records I could find indicate I am a bit early in my predictions. Here in the woods, the first male Ruby-throated Hummingbird zipped away from my feeder when I opened the front door on April 8. This is several days after many of my friends reported their first hummingbird elsewhere in this region (not that it is a competition:). Most of them live in more suburban environments so maybe hummers show up in more civilized places first?

If you would like to make observations and help scientists record data about our changing environments, you can log into several types of citizen science programs that involve phenology (the study of nature’s calendar).  There is a recent upsurge in the interest in this type of data since observations of plant and animal phenology are useful for tracking the biological responses to climate change. Plant observations can be recorded with programs such as Project Budburst and Nature’s Notebook. A wonderful long-standing program on the northward migration of spring can be found at Journey North. The USA National Phenology Network is another great place to look for all aspects of the fascinating science of tracking nature’s annual cycles. But whether you do it for science, or for fun, I encourage you to take time to observe and record what is happening outside your window. I certainly hope to pay more attention to these comings and goings in the future. After all, that journal still has a lot of blank pages and seems to be staring at me.