What appeals to us most in this daring little falcon is its lightness and quickness.

A friend told me about a pair of American Kestrels hanging out in a particular field in Raleigh. I had to run into town for an errand the other day and decided to run by the field to see if I could spot one or both. It was late in the afternoon so I only had a short while before I needed to head back to beat the “big city” traffic that I now try to avoid whenever I can. 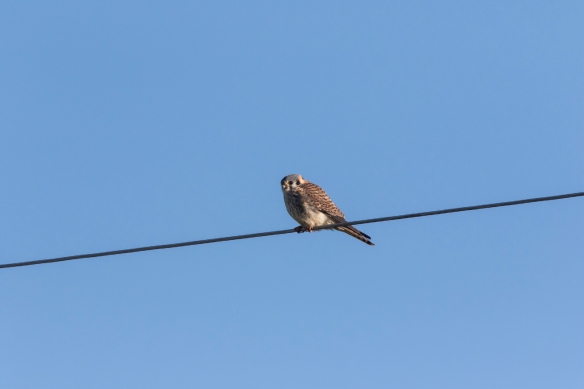 An American Kestrel poised on a wire, a favorite perch (click photos to enlarge)

I didn’t see it at first, but then there it was, off on a wire (one of their favorite places to perch) that stretched out across a field. Luckily, there was a dirt road that roughly paralleled the wire, so I drove down for a better look. 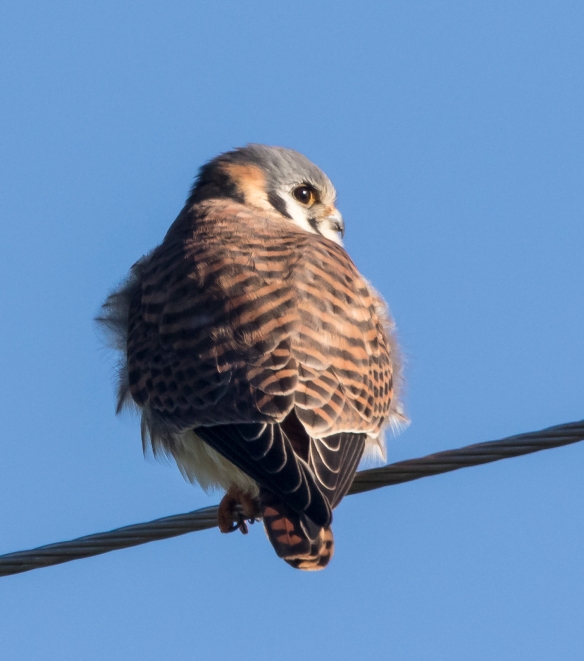 This appeared to be a female American Kestrel, since it lacked the slate-blue wings of an adult male. These fierce little falcons (our smallest falcon), are more abundant in the Piedmont of North Carolina in the winter, where they hunt for small prey such as large insects, and small birds and mammals. 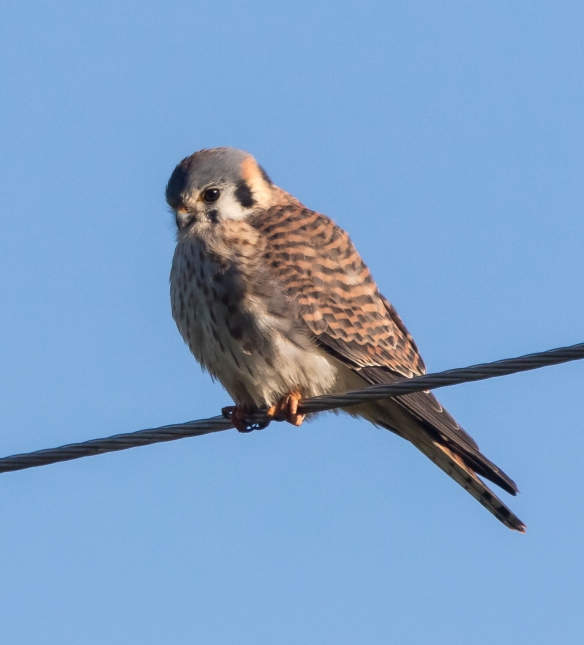 Kestrels seem to be always on alert, looking below for anything edible

A couple of quick shots was all I could manage before the tiny fighter jet lifted off and flew down over the field as if it had spotted something tasty. An abrupt turn and she flew back up to the wire, but farther out in the field. Just like the bird, my view was light and quick. But I will be back soon, I hope.