In all works on Natural History, we constantly find details of the marvelous adaptation of animals to their food, their habits, and the localities in which they are found.

It is that time of year again…yep, the museum’s annual BugFest event is tomorrow, Saturday, September 17. Join us for an incredible array of exhibits and experts on all sorts of topics relating to the incredible world of insects and other invertebrates. I will be at the caterpillar tent again (where else?) this year out on Jones Street. Drop by for a visit (and if you have found a large caterpillar like a hickory-horned devil or an imperial moth larva, bring it!!). To celebrate another year, here is a series of photos from the yard, showing the transformation of just one of the stars of the show this year, and one of my favorites, the spicebush swallowtail. 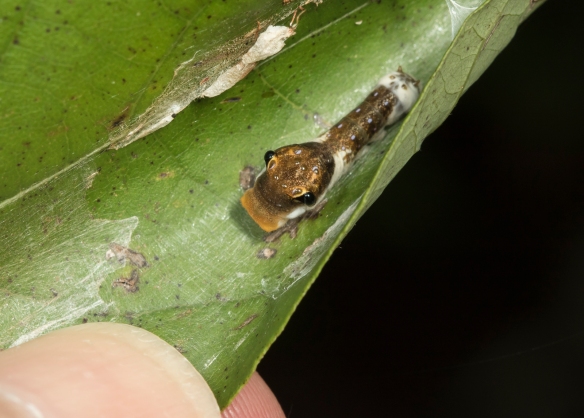 Female spicebush swallowtail butterflies lay eggs on the leaves spicebush or sassafras. The larvae spread silk across a leaf, causing the leaf to curl as the silk dries and contracts. This provides a retreat for the developing larvae (they move to a larger retreat as they grow). 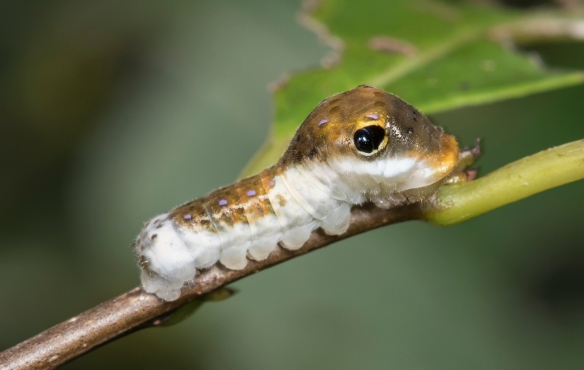 The early stages are bird poop mimics (as are the larvae of many swallowtail species). But, they also have another strategy to avoid being eaten…

Their fake eyespots are quite realistic 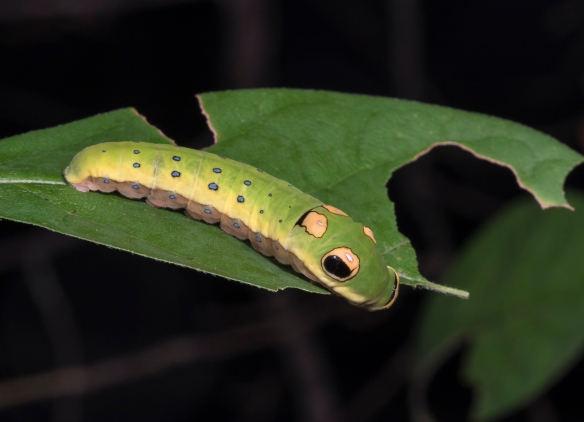 As they molt, they turn green and the eyespots enlarge. All stages of the larvae also have a forked gland, the osmeterium, that exudes a foul-smelling compound that deters predators. 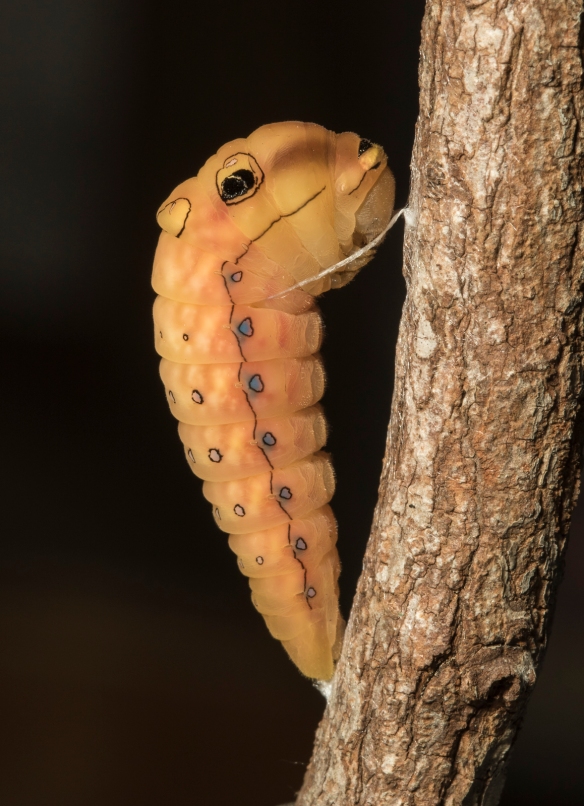 They change color once more as they prepare to pupate

About a day before they transform in preparation to pupate, the larvae change to an orange color, and start crawling. When they find a suitable site, they form what is called a prepupa, and attach themselves with a silk button at their base, and a silk loop near the head (they create a loop and then slide their head under it, looking somewhat like a telephone line repairman hanging on a pole). 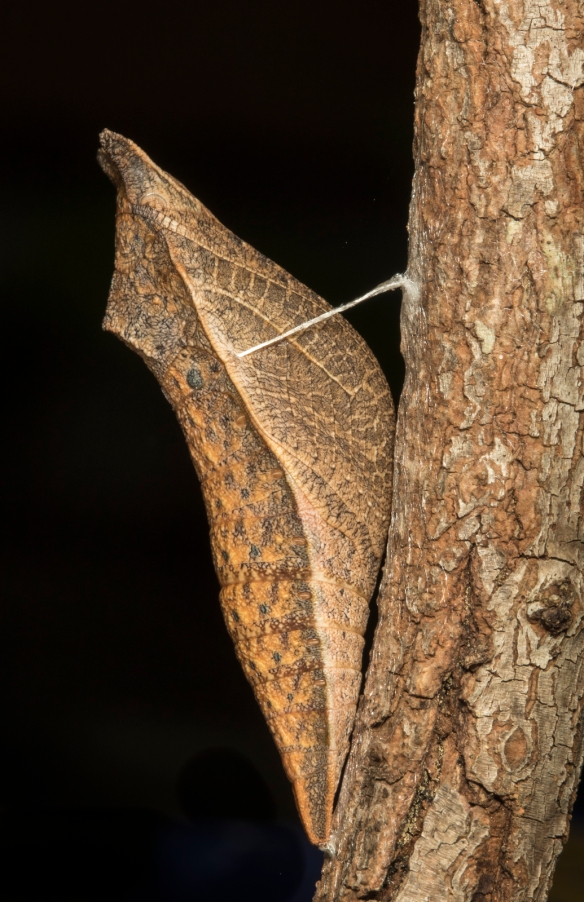 The chrysalis resembles a piece of a twig

The next day, they molt their caterpillar skin one more time to reveal the chrysalis, which resembles a broken twig or piece of dried leaf. The ruse continues. This guy was photographed this morning and will remain in this state until sometime next spring, overwintering as a pupa (as do most of our common species of butterflies and moths). 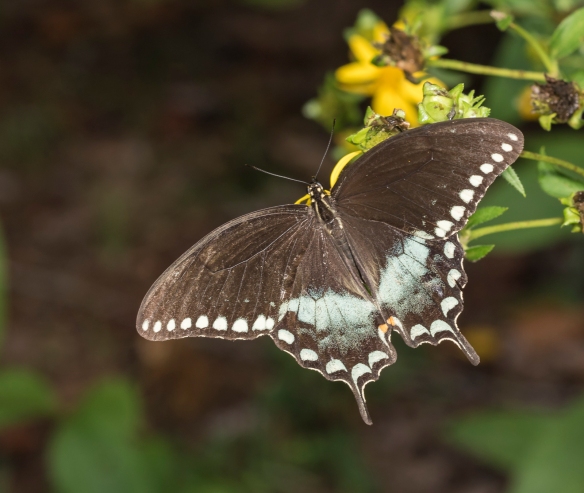