Only spread a fern frond over a man’s head and worldly cares are cast out, and freedom and beauty and peace come in.

Before there is a fern frond, there is a fiddlehead. The curled tip of an unfurling fern frond resembles the curled ornamentation (called a scroll) on the end of a stringed instrument, such as a violin. It is also called a crozier (or crosier), from the curved staff used by bishops, which supposedly has its origins in the shepherd’s crook.

It is a ritual repeated every spring, and one that always catches my eye…the beautiful and detailed unfurling of the frond, starting at the base of the leaf blade and progressing outward and upward. It is one of the simple delights of spring.

A gallery of ferns unfurling from the woods behind our house, to the NC Botanical Garden to the Green Swamp… 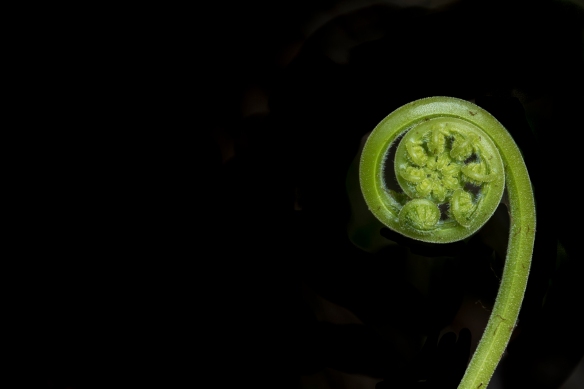 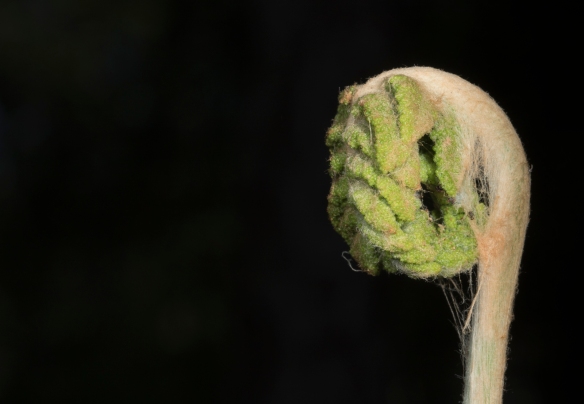 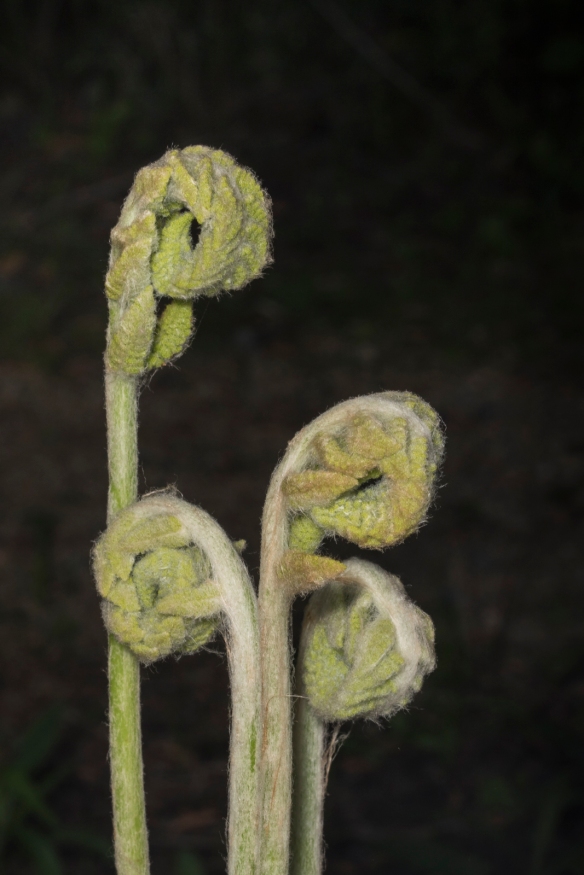 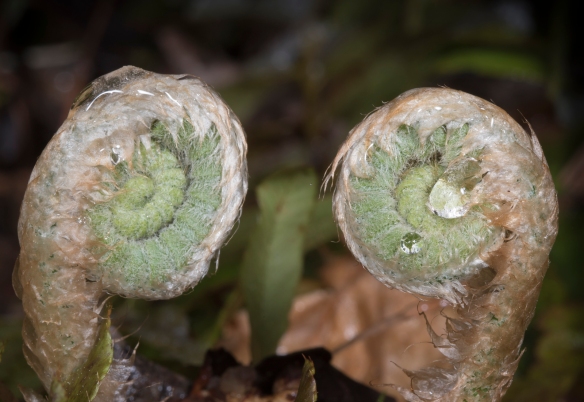