Spend time every day looking and listening without any ulterior motive whatsoever. Look not as a writer, or as a philosopher, not even as a scientist or artist—look and listen, simply, like a child, for enjoyment, because the world is interesting and beautiful. Let in nature without the vast and complicated apparatus of duty, ambition, habit, morals, profession—look and listen like a child to the robin in the tree.

Much of my time outdoors is spent wandering, not for something in particular, but just wandering and being open to whatever I discover. Even in a place like Yellowstone, known to wildlife-watchers as one of the premier places in North America to observe charismatic megafauna like bison, bears elk, and wolves, there are many treasures that await those who are open to them.

Before my guests arrived, I stopped at a pullout in Lamar Canyon to scan the far ridges for some of those magafauna I mentioned, but what caught my eye was brilliant flash of yellow and orange in a nearby conifer. A male Western tanager, one of the most beautiful birds in Yellowstone! Suddenly, there was another, and then another. I raced over to the van for my camera, long lens, and tripod, and that caught the attention of a passing motorist. The common refrain when someone sees a spotting scope or long lens pointing at something is “Whaddya have?” or something similar. I responded with “a  couple of Western tanagers”, and got that look, the one I often get when I am photographing a bird, insect, or something besides one of the big mammals. It is even sometimes accompanied by that phrase, “It’s just a bird”, and then they drive off. Well, I have had many memorable just a bird moments over the years, too many to recall really, and that goes for birds in Yellowstone as well. And a few Western tanagers are sure to catch my attention anytime. A couple of other park visitors even came over to try to photograph them once I pointed them out.

Below are a few more of those moments from this trip. 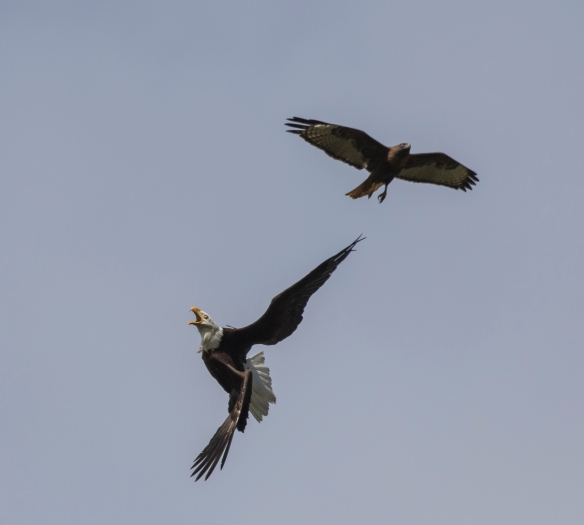 A fledgling American robin near my cabin in Silver Gate 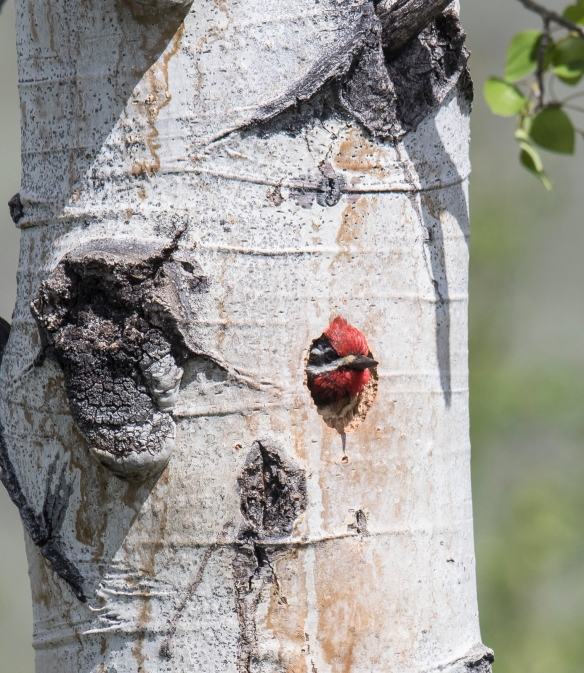 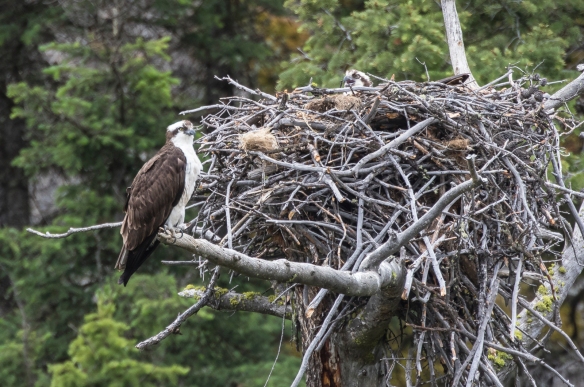 Osprey nest with one bird  sitting on eggs, and the mate sitting nearby 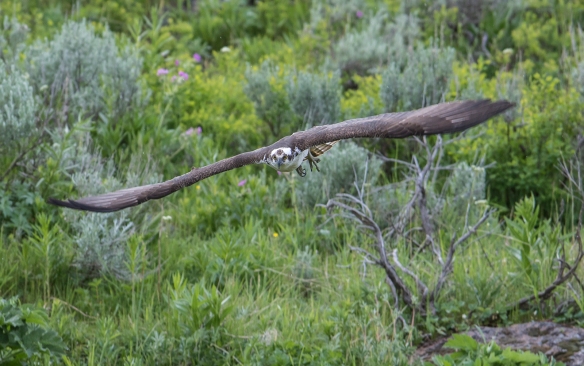 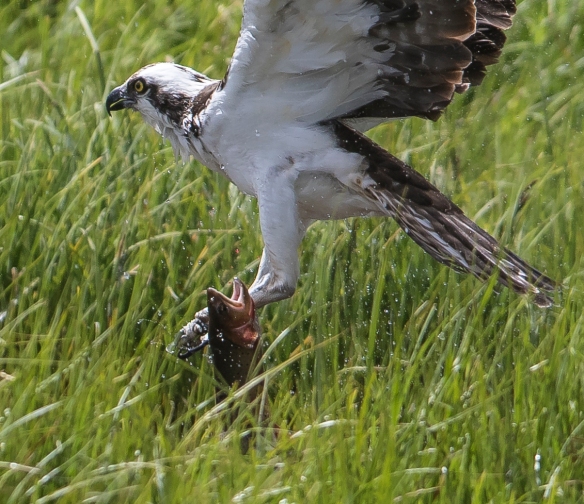 It looks like the fish is caught by only one talon

The osprey tried to lift off with its struggling prey

Right after this photo was taken, the trout wriggled free and fell back onto the water

Bird species observed in and around Yellowstone National Park – June 10-18, 2017