Something precious is lost if we rush headlong into the details of life without pausing for a moment to pay homage to the mystery of life and the gift of another day.

As usual, it has been another busy week – catching up on rescheduled programs (due to our incredibly rainy fall), getting up wood from trees that came down in recent storms, and just living life. But, working where I do, there is always something that can make me pause and relish the moment, help me appreciate the beauty and mystery of my surroundings, and remind me of why I do what I do. Here are a few of those things from this past week…

We had a late season breeding of Cope’s Gray Treefrogs in our vernal pool and it seems the juveniles are everywhere in the garden right now. This one was hanging out in our daily plant sale area clinging to some flower pots. 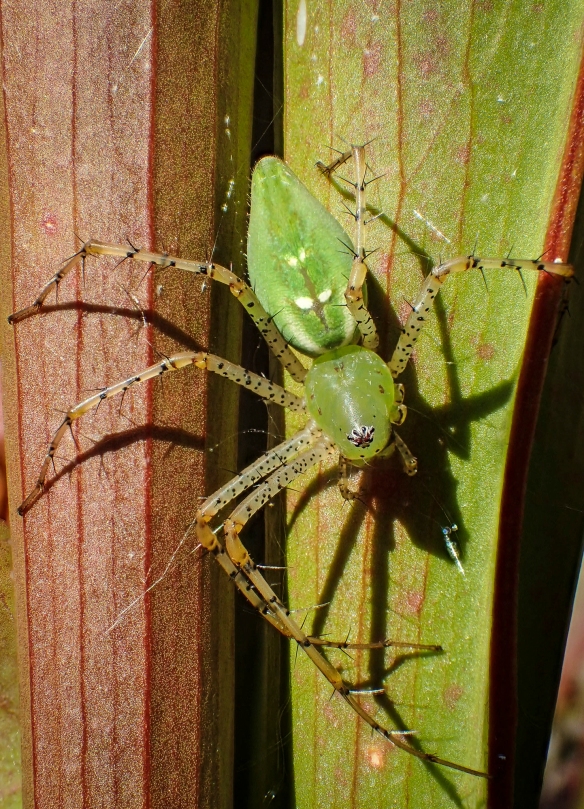 This female Green Lynx Spider has lost one leg while guarding her egg sac (even though it hatched in early October). Unlike most of the late season lynx spiders I have seen, this one is still bright green (most turn a maroon-ish brown). But her egg sac was nestled in a group of hooded pitcher plants, which are still very green. I wonder if this species can alter their color late in the year to better match the egg sac surroundings?

A co-worker alerted me to this chillin’ Green Treefrog, who stayed calm throughout its brief photo shoot, in spite of me manipulating its leaf bed for a better angle.

Most of the anoles I am seeing now are brown in color (color change is dependent on temperatures and hormones of the lizard), but this little guy was out in full sun and still bright green. 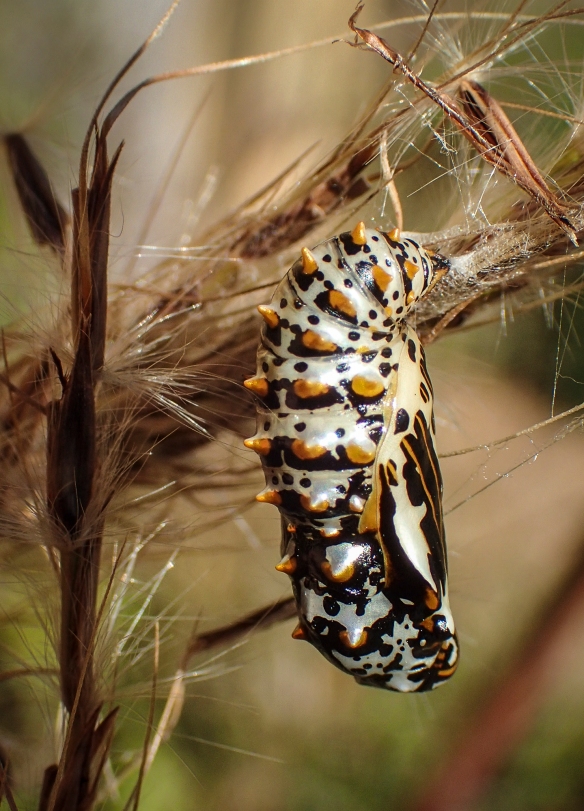 Next to a passionflower tangle are a couple of chrysalids of two species of fritillary that use that vine as their caterpillar host plant. It is a bit ironic that the plainer of the two species (as an adult), the Variegated Fritillary, has a chrysalis that is much more striking than that of the beautiful Gulf Fritillary. 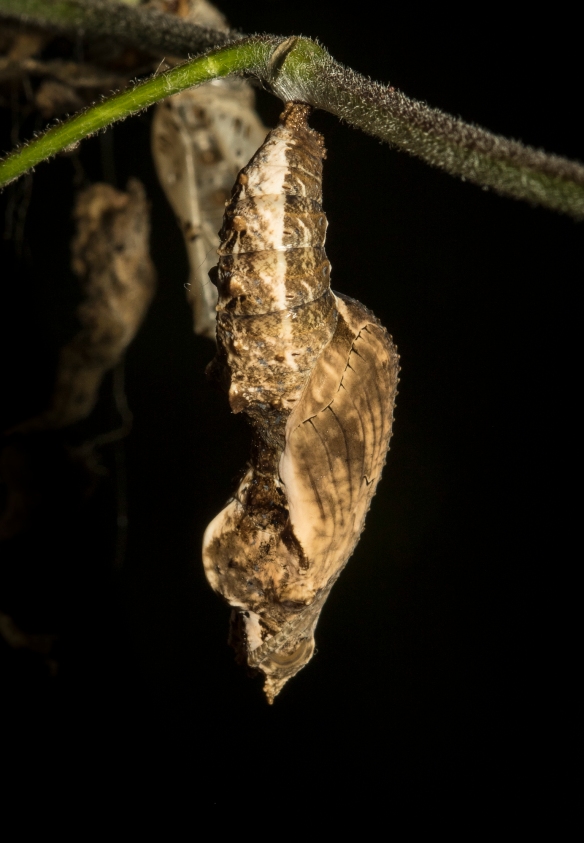 I am not sure whether Gulf Fritillaries overwinter as a chrysalis this far inland as they are a partial migratory species from further south and along our southeastern Coastal Plain. So, I was curious what this chrysalis would do. I watched it for a several days and was surprised how it changed position by twisting and turning, and then holding that new position for hours. It finally emerged on Friday. 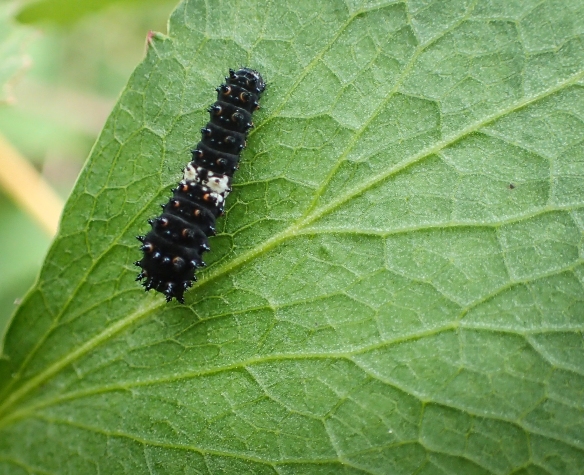 One of the biggest surprises for me has been the presence of several Black Swallowtail caterpillars this late in the season. I have found a few last instar larva on the abundant Golden Alexander at work, but was amazed to see this first or second instar caterpillar on Friday. It is good to be reminded to take a moment to appreciate your surroundings, even when you have so many tasks at hand. Beauty and miracles surround us, wherever we may be. We just have to pause and enjoy.